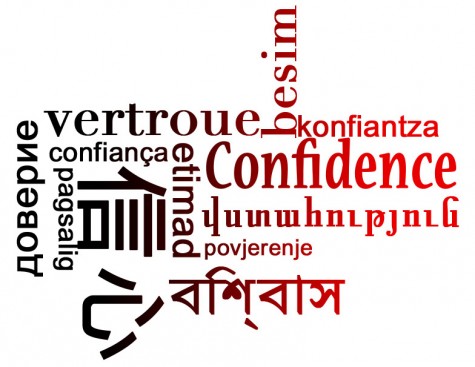 Katheryn Rodriguez, a senior at San Clemente High School, created a new club on campus to raise awareness of social issues in our society, to encourage students to speak their minds regarding societal degradation (specifically gender stereotypes and stigmas), and to inspire a new generation of young adolescents that wish to better how we communicate culturally.

Named The Confidence Campaign, her inspiration stems from the documentary “Miss Representation” which explores the under-representation of women in positions of power and influence in America and challenges the media’s limited portrayal of what it means to be a powerful woman. The film’s cast ranges from Charles Barkley to Paris Hilton and if you haven’t watched it yet its highly recommended to anyone that seeks enlightenment and resolve concerning the subjection of women.

Not only does this club provide information about social standards that our society has set, but leaders and members put their heads together and come up with possible solutions that can change the way we interact.

During the club’s last meeting they discussed double standards placed on both men and women. Junior Alyx Wells reflected, “Girls are often shamed for having sex while guys are revered, and guys are seen as weak for crying but it’s no big deal for girls.” Being a vital contributor to the club she then added that, “By creating awareness in students at our school, change can happen not just at our school but in our community.”

The topics discussed in this club are all brought up by members themselves that seek support in their beliefs and solutions to their claims and observations. The environment is friendly and welcoming and the discussions are riveting, refreshing, and thought-provoking.

They meet every other Wednesday in room P31 at lunch so you will have time in between meetings to observe your environment and come up with things to bring up and discuss with other individuals that share similar concerns and passions. This is not just a club, it is also a campaign which by definition is a systematic course of aggressive activities for some specific purpose. This club is absolutely not aggressive, its actually pretty much the opposite, but it also has a purpose which is to eradicate or at least reduce the amount of social wrongdoings and misdemeanor that are unfortunately so prevalent and common in our everyday culture.

We do not have to accept society the way it is, we have every right to implement our own ideas and bring about change for the better and this club promotes just that.