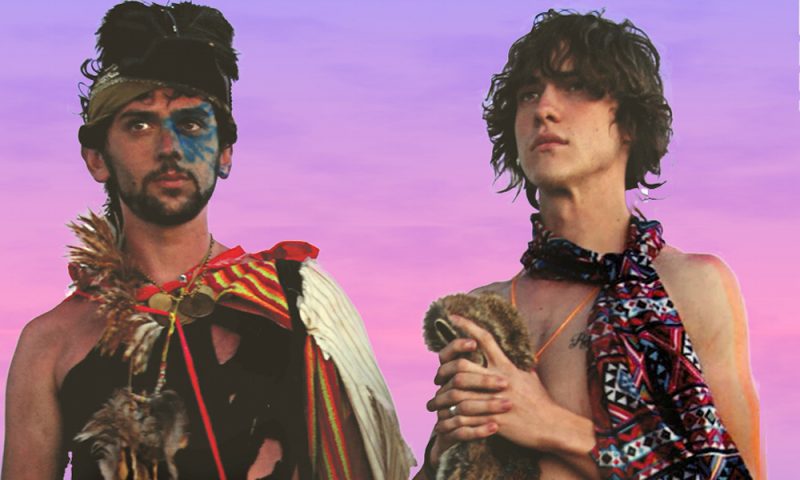 I’m not gonna lie. This song has been stuck in my head for quite some time now.

It strikes me as odd, considering that I have known the song for a decent amount of time and have never had it persistently ringing in the back of my mind like it is now. Lately, it’s just been so constant and so there.

And so I wonder, why? Why now? Why not any other time that I’ve known with this song? What about the song is sticking with me so strongly right now?

I decided to investigate this.

After listening to it over and over again, I realized that it was simply the catchy melody and complex yet simple lyrics that allowed this tune to etch itself into my brain so easily.

As far as the instrumental aspect of the song, it just sounds 8-bit and retro, giving it a nostalgic feeling that allows for an emotional bond to be made with it. But what about the lyrics?

Well, the first minute and a half of the song introduces the beginning of life, or being a child: playing, being loud, not caring, etc. But then the chorus kicks in, and it introduces the main theme of this song: moderation and control.

“Control yourself / Take only what you need from it”

As the song goes into the second verse, it demonstrates the progress of life. Growing up, losing comfort and innocence, making wrong decisions, getting hurt, etc. Then, the chorus kicks in again, followed by an instrumental bridge.

Once the instrumental is over, the chorus is once again sung, but this time it’s sung 4 times. In between each chorus is a small pause, each one becoming a little longer, along with the music becoming more erratic and the vocals echoing and becoming more prominent. It sounds pleading, almost desperate. Then, the last vocals are dragged on for a few seconds before all instrumental and vocals stop altogether, with only a ringing sound echoing and concluding the song.

So after looking at everything in the song as a solo piece, putting it all together seems like a lot to work with, since each piece has so much meaning in it.

But that’s just it. It all works together so perfectly, and that’s why I love the song!

It’s fun to dance to, but it’s also good to just sit and think to. It reminds us of our highs and our lows, of the good times and the bad times. It reminds us that we’re timeless.

But most importantly, it reminds us that we need to be careful. We need to be able to stay humble and not get ahead of ourselves.

All I have to say is to remember:

“Control yourself / Take only what you need from it”