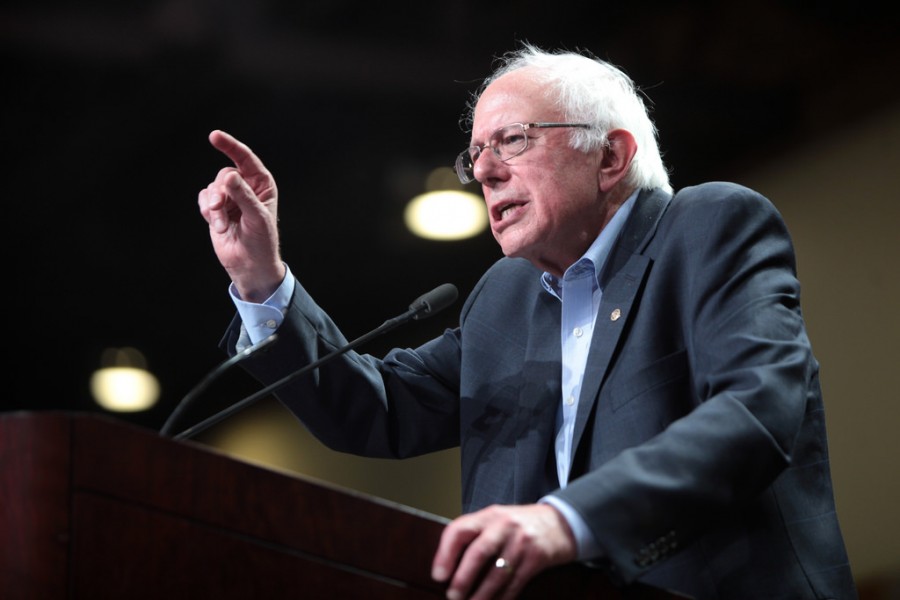 With the Presidential primaries quickly approaching, it’s about time to analyze who has the nation’s support and why. This election has featured quite the surprise: a rise in popularity for openly socialist and agnostic democratic candidate, Bernie Sanders.

After conducting some simple research, it was clear that Bernie Sanders was favored mostly by the younger generations, particularly the “millennials.” It is imperative to trace the root of this attraction, especially as several important states in the primaries are opening voting in a few weeks.

First, what specifically is a millennial? Millennials are citizens that grew up around the turn of the century. They were born and raised into a recession, watched their parents struggle trying to support their family, face extreme competition for colleges, worry about insecure jobs, attempt to afford a home, and have little faith in government and other nation-wide institutions they should be depending on. In general, they grew up in a chaotic environment, and because of that, they fully support change.

After researching every current candidate’s views and policies, it seems Bernie Sanders is the perfect candidate for liberal progress and change, something the nation’s young heartily crave.

Even Sanders himself weighed in, wondering himself why he is so popular amongst this age group. Sanders stated that millennials are “questioning that if everything is equal within the country [between its citizens], why does this generation potentially face a lower standard of living than their parents? They question government and their current/future lives, and are looking for a leader that can spark significant change.”

The typical millennial falls somewhere around the age of 18-34, but younger millennials that will be 18 by the next election seem to support him as well. San Clemente High School student, junior Sam Dixon, describes Sanders as a “competent, non-racist candidate who cares about the future of his country and it’s people.”  In addition, she further opinions that she supports him because of his “advocation for being inclusive of all walks of people (undocumented workers, races, religions, sexualities, etc.) is consistent, which I think is a necessary quality for someone in power to possess.”

Fellow junior Maria Crilly also stated why she supports Sanders, saying that he “addresses the problems that we currently face and advocates for what the country needs most at the moment.” Some of the key issues Sanders speaks on that led her to support his campaign are his ideas to raise the minimum wage and decrease college tuition.

While being interviewed, Sanders delved deeper into the analysis of why he might be so popular among younger citizens. He believes that “millennials are driven forward by their persistent idealism.” They fix this nation’s social problems, and are “disgusted with by the racism and rhetoric we have in this country.”

Many journalists as well added to the topic by doing their own analysis and sharing their opinions. One writer for the Washington Post came to the conclusion that Sanders “taps into the hopelessness and anxiety aspect,” but he wants to “change for the good of everyone” (Reprogle, Washington Post).

Statistically, a new Huffington Post found in a survey that “41 percent of millennials who gave themselves at least a 50-50 chance of voting in the Democratic primary support Sen. Bernie Sanders (I-Vt.), while 35 percent prefer Hillary Clinton. Just 9 percent say Sanders’ description of himself as a Democratic socialist makes them less likely to support him.” In general, the majority of young people, especially those born at the turn of the century, prefer Sander over any other candidate.

Due to the hopelessness and chaos these citizens were born into, it is clear why they support Sanders in his efforts to help create progress and spark much needed change. With more debates and the Iowa and New Hampshire primaries just around the corner, it will be interesting to watch what happens next!