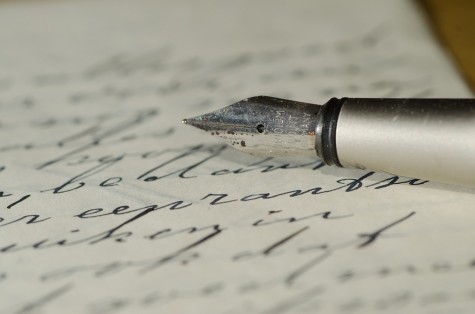 The room slouched and sagged, shivering under a thick blanket of dust as frigid bursts of wind struggled in vain to jolt it awake.

A violin lay quietly in the corner, whispers of embattled versions of  chopsticks smudging the smooth oak surface with dirty fingerprints. The bow was worn thin by time, its age overtaking the beauty it had once boasted.

A desk swollen with the riddles of an unkempt mind stood by the window, morosely complacent under the burden of its owner’s fear. Letter after unsent letter lay crumpled on the desks, the paper frayed and the ink dry and brittle; the magic of the words reduced to an embalmed corpse. The people the letters were meant for had long ago been swallowed whole by the earth, leaving mangled hope and truth left trapped on dying paper.

The bed was significantly less troubled than its neighbor, tucked serenely away under a cotton duvet softened by the touch of time. It relished the company of bears who had survived the fateful years between childhood and adulthood, and with this survival, they preserved the specter of the laughs and joy of youth. A haunted happiness lay in their marble eyes and sewn smiles, illuminating the room with the sluggish glow of fading goodness.

Pictures were stuck to nails driven into the chipped walls, glass reluctantly  preserving decayed memories of happiness and life that nonetheless seemed to fall away. The colors had lost their pride and sunk into each other, tired and old. The smiles on the faces in the photographs look strained, slipping under the unflinching touch of time.

This was a dying room.

It gaped open with an intangible emptiness, its wounds kept from healing by the brute reality that its owner was loathe to return and put the past to rest. A city, filled with exciting things and sputtering cars and shouting people and bigness, had lured the owner into its anonymity. All that was left was a wrinkled rose stained brown by rot, its stem sagging over a splattered card with two frail names bookended by two dates. These names had brought the owner back, even if only for a day. The next, she was once more a phantom, her room destined to be a dying relic as long as the house was hers.