After the devastating fire that caused the collapse of the spire as well as a large portion of the ceiling, many French architects are working to propose new designs that could potentially replace this irreplaceable artwork.

Currently there are 12 serious propositions from architects on how to reconstruct Notre Dame. Some ideas include projections of light, stained glass, and wooden greenhouses. Modernizing the reconstruction of Notre Dame remains to be a very controversial topic, as many people would like to see it kept traditional. 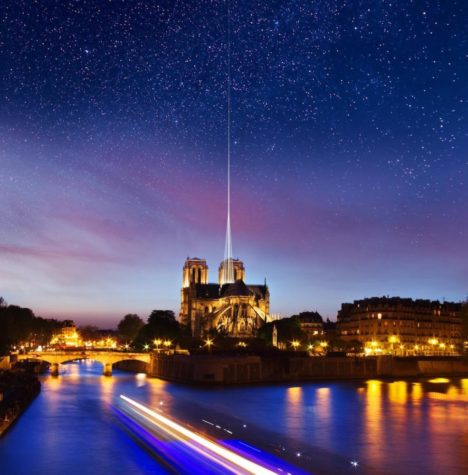 Many proposals include modernized technology and a large amount of funding necessary to make all stated changes. Some proposals are even predicted to take up to sixteen years to complete.

Senior Amanda Spink touches on the subject, stating “I agree that they shouldn’t try to modernize the historical landmark with the funds. I think that they should put ‘un flèche’, or an arrow, that projects a beam of light into the sky in place of where the spire used to be…in memory of it.”

Now, it looks like a more traditional vision for the rebuilding has won out. On May 27, the French Senate approved a bill, created and already approved by the National Assembly, that would allow Notre Dame to be restored before Paris hosts the 2024 Summer Olympics. However, the Senate added a clause requiring that the landmark must be restored to its original state and removed a clause that would have given the government the power to override planning regulations. Finally, the bill proposed the creation of a new agency under the Ministry of Culture to oversee the project.

Senior Rhiannon Yanda is overjoyed with building a more traditional spire as she explains that “Notre Dame has been around for 856 years and it would be a shame if they replaced what was destroyed by the fire with a flame covered with golden leaves or stained glass.” 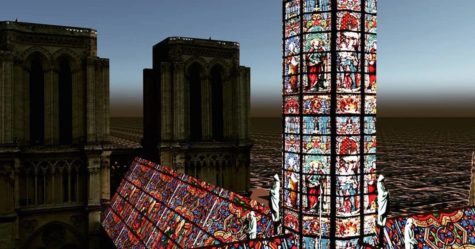 While debate on the subject is still apparent and up for discussion, it seems clear that the majority of the public is in favor of honoring the traditional architecture that was the Notre Dame Cathedral.

Only time will tell what exactly the French government as well as the French citizens will chose to make of this unfortunate fate faced by the landmark. Until then, all there is to be done is wait and pay tribute to the Notre Dame Cathedral and all of it’s history.