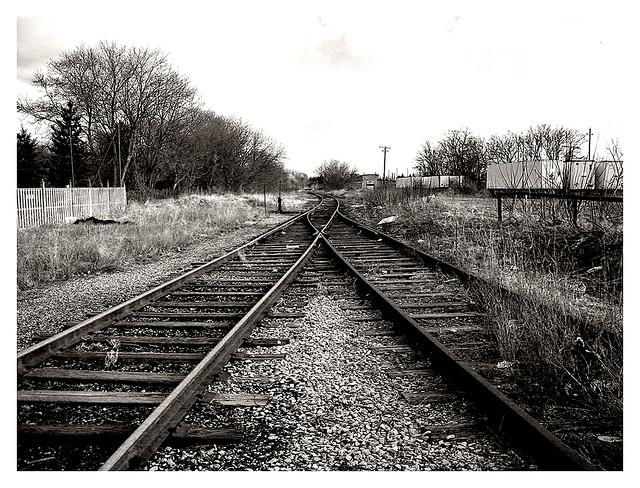 Her clammy hands would not stay still. She fidgeted with them, cracked them, tapped them, and patted them on her thighs. She tried to listen to the radio to block out the endless thoughts running through her head, but nothing could quell the flood of reflections. The car was moving all too fast toward their destination and the onslaught of emotions that would come with the events that would soon take place there were gathering at the back of her mind.

It was the same thing every year for most people, but this year was different. This year it actually affected her. She could already feel the weight pulling down on her chest, her breaths coming shorter and quicker in anticipation. When the building came into sight she looked to her left. There, driving calmly, with a smile in return to her panicked glare was her husband. She couldn’t fathom why he was smiling, wasn’t he scared? Didn’t he remember what it was like? She reached for his hand only to find that he had already gone for hers. She let out a breath she didn’t know she was holding and grasped his hand back with strength uncommonly seen in her small delicate fingers. When he squeezed back she could feel the tightening in her chest loosen.

As they entered the parking lot there surfaced a different kind of anxiety. It took two rounds through the isles to find a spot, and it was a tight fit at that. All around them there were people from toddlers to old geezers rushing in the same direction. The mass of people reminded the middle-aged woman of a fast moving herd or a small stampede. Faces were flushed, small fans were clutched in white-knuckled fists, and a plethora of cameras were being held at the ready, not wanting to miss a moment of the day unfolding.

The woman grabbed her husband’s hand again in desperation, not wanting to be separated in the madness. They made their way at their own pace to the iron gates that held within them the peanut gallery for the day. As they climbed the steps, looking for a suitable seat to do their own gawking they ran into fellow parents who looked about as scared as they felt. They took a seat next to them and got ready to wait.

As time went on and the sun beat down on their backs, the woman took time to think back. When she was in the shoes of the hundreds of teens before her she was just as scared, if not more. The world was “at her fingertips” and she had no idea what to do with it. She knew that she did everything that she was supposed to do but she would always hold doubt in her heart. Even now she questioned her past choices and wondered if they led her down the right path.

The graduates made their way to their seats on the scalding hot turf field. Their robes were an array of white, black, and red. An assortment of other colors such as gold and blue lay upon their shoulders, representing their academic accolades. Some had golden tassels swinging back and forth in front of their faces. As they filed in, the families in the stands grew quiet. The woman supposed that they were all thinking the same thing. First, how proud they were of their children, brothers, sisters, cousins, and grandchildren; second, how hot they must be in layers of clothes on the blistering plastic, and for the adults; how good it would feel to be young again.

We were all giddy with emotions. Some were already balling their eyes out, others were stone faced or laughing. I myself was filled with butterflies. I couldn’t tell just yet if they were the good or bad kind, but I guess I’d find out sooner or later. I was surrounded by my closest friends, the ones who didn’t think that they were too cool to hang with the people they’ve known since childhood, the ones who were always there for me, and hopefully always would be. I took a shaky breath and gave a weak smile to my best friend. She looked back at me and gave me a small shove on my shoulder. I laughed and said, “What was that for?”

“For thinking too much.” Her words were light and vibrant and they were all I needed to know that my butterflies were mostly good with the smallest bit of paralyzing fear intertwined.

Once we sat down it was a waiting game. We heard from countless people telling us to take life by the horns, don’t let our lives pass us by, find out who we are, fail and get back up, dream big, and “good luck.” Then one by one our names were called off and we filed up to the stage to receive a handshake from one of the best principals our school has seen. He stood tall and proud, his smile was wide and welcoming. The year had been an honest struggle when he was gone, but we won him back. We fought for him and were rewarded for out efforts and our unity as a community. His hand was outstretched. As I reached for it I looked into his delighted face and saw that what we had done had truly made a difference in his life. It proved that all of the hard work, school missed, posters made, chants yelled, and letters written made an impact.

I placed my hand in his and grasped it firmly, gave it a good shake. He said “Congratulations” and it was the first time that it actually sunk in. The first time that I felt that I had accomplished something that deserved congratulations. I could feel my smile widen and tears threaten to spill over. I said the most genuine “thank you” I could muster through all the emotions and continued on my way across the stage.

As I finished the walk across, I looked out at all of the people in the stands, watching their loved one get recognized for twelve years of hard work and determination. Then I turned my gaze to my fellow classmates. Those who had already sat down before me were smiling with a radiance that resembled the brilliance of the hot sun beaming down overhead. Those who were still waiting for their name to be called looked anxious and restless. I thought back through those twelve years of my life.

I thought about all of the people I’d met, the teachers who had made me love learning and those who made me hate leaving my house every morning. I thought about those who made the years fly by with smiles and laughter, and about those who forced tears from my eyes and heartache in my chest. I said a small “thank you” inside for all of them as well. They made me who I am today in the rawest sense of the cliché. They made me stronger, they taught me how to love and be loved, they taught me how to be a little more like myself every day. I am going where I am because of them. Even those I claim to hate, thank you.

As I descended the stairs and touched the warm turf again I felt as if I could breathe better. My shoulders had lifted as though a weight had been unburdened from my back. I walked back to my seat with a confidence previously unbeknownst to me. It was at this moment that I realized why everyone who had just gone through what I did were glowing. Before I sat down to talk with my friends again and cry tears of happiness mixed with the deepest sadness; before I went on to hug my crying parents and make my way to grad night; before I began the rest of my life I thought for a split second. This is not the end. It is simply the last page in a chapter of my life. Tomorrow when I wake, as the sun rises and shines into my bedroom; as I open my eyes to a different world, it will be the first sentence of the new chapter. The beginning of the rest of our lives.