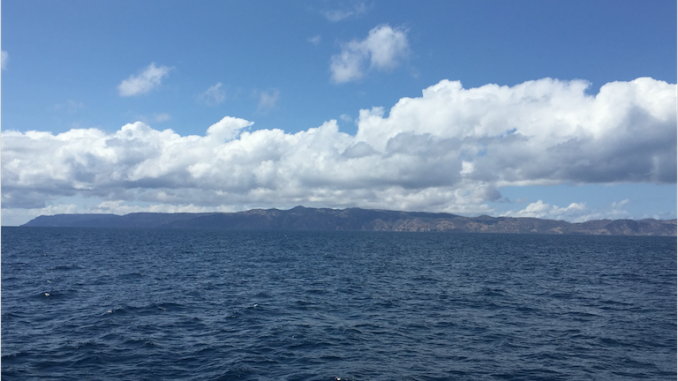 The science department at San Clemente High School is impressive, offering a multitude of science courses including the popular marine ecology. Recently, a portion of the students in the marine ecology classes went on a field trip to Catalina Island. Working with the Catalina Island Marine Institute (CIMI), Ms. Brislen, the only marine ecology teacher on campus, organized a wonderful trip for the students. CIMI has several different locations along the coast of Catalina, one of which is at Cherry Cove where the San Clemente students attended. The trip began with a two hour boat ride from the Long Beach port to Two Harbors. Following their arrival on Santa Catalina Island, camp counselors led the students on a 1.25 mile hike to Cherry Cov 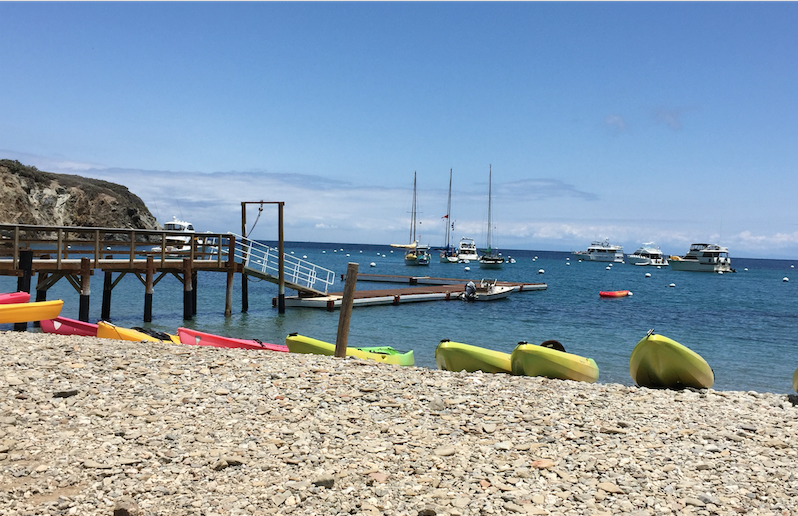 Arriving at Cherry Cove, students were greeted with a breathtaking view of the cove with its own private dock. All the way towards the back of the cove, tents for the students to sleep in cover the entire area. Ms. Brislen made sure the schedule was filled with all water activities with three snorkel sessions, one kayak session, and one lab to look forward to over the course of three days.

There are many species that crowd the coasts of Santa Catalina Island. The most well known is the garibaldi, California’s state salt water fish. It is colored a bright orange so it’s not hard to miss. As juveniles, garibaldis sport bright blue spots. Another species that can be found on this beautiful island is the American Bison. In 1924, they were brought to the island for a movie, and then they were left there. One more species that is hard to miss is the Catalina Island Fox; you can find these little guys foraging around for food   all along Cherry Cove  and even in the tents. 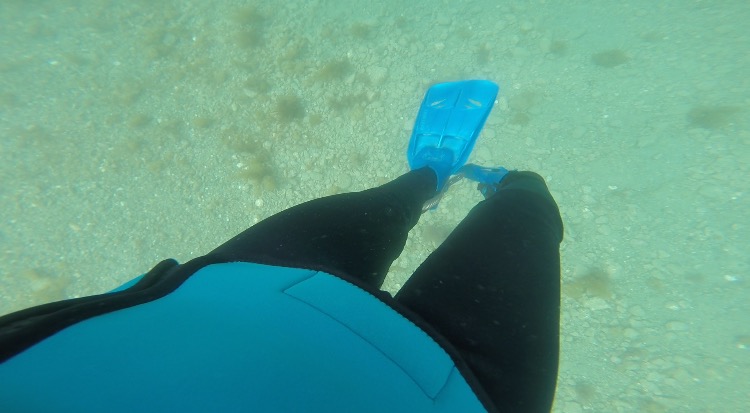 In addition to the hikes that allowed the students to look at different species native to the island, the snorkeling sessions were many of the students’ favorite activities. Students were able to examine many other species, along with the garibaldi, in their natural habitat such as opaleye, kelp bass, female sheephead, horn sharks, round rays, and bat rays. Students also got the opportunity to go night snorkeling. Junior Ashley Buchanan claims, “Night snorkeling was my favorite activity the whole trip!”

Following the hikes and snorkeling sessions was the lab in which students learned all about algae types, fish types, fish shapes, and invertebrates. These topics had already been covered in the marine ecology curriculum, so this was a good review for the marine ecology students as they were soon approaching their class final.  After finishing off the lab with a game of jeopardy and a moo off, the students impressed themselves with how much they knew about the topics and even surprised the counselors. The counselors were very impressed with how much the students knew about everything they were saying thanks to the educational trip coordinated by Ms. Brislen. 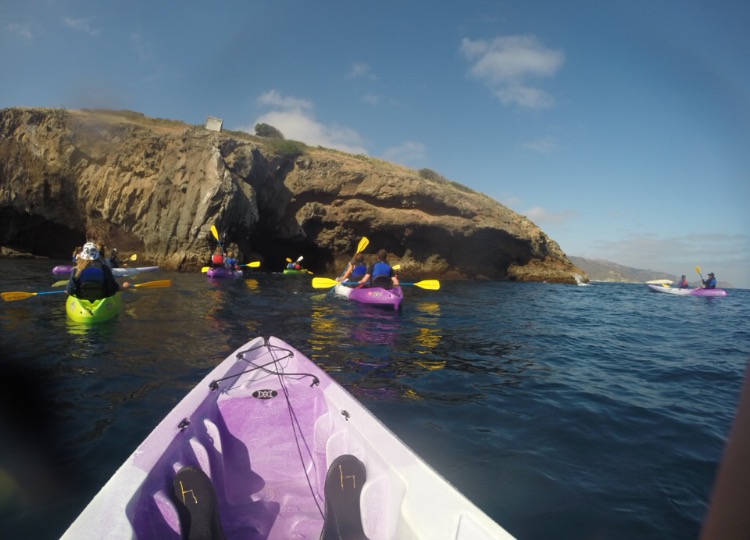 The final activity on the schedule for the students was a
kayaking session. Pushing off from the shores of Cherry Cove, everyone set off on their kayaking adventure. Staying together as a group, they set off towards Bird Rock. Bird Rock is a large rock where birds stop and tend to gather, hence the name Bird Rock. Birds called cormorants stop there to dry their wings before flying off to their next destination. The next stop on the kayak journey is to a cave, where everyone kayaked through the narrow, curved passage before returning to the shores of Cherry Cove.

Overall, students enjoyed the trip. Senior Natasha Punak, tells us,”The snorkeling was fun, but I wish we had hiked more. It was weird seeing the sun rise over the ocean.”  All the counselors worked very hard to make sure everyone had a fun time. One of the leading counselors for the group of students from San Clemente High, Josh, tells us what it’s like to work at CIMI: ” Working here is challenging because there are lots of different people with different personalities coming from all over. It’s incredibly rewarding, though because we are able to share the beauty of this island and our ocean.” Whether you go on a school trip or just a vacation you should most definitely check out the beauty of the Santa Catalina Island!

3 Comments on Diving Into Marine Ecology