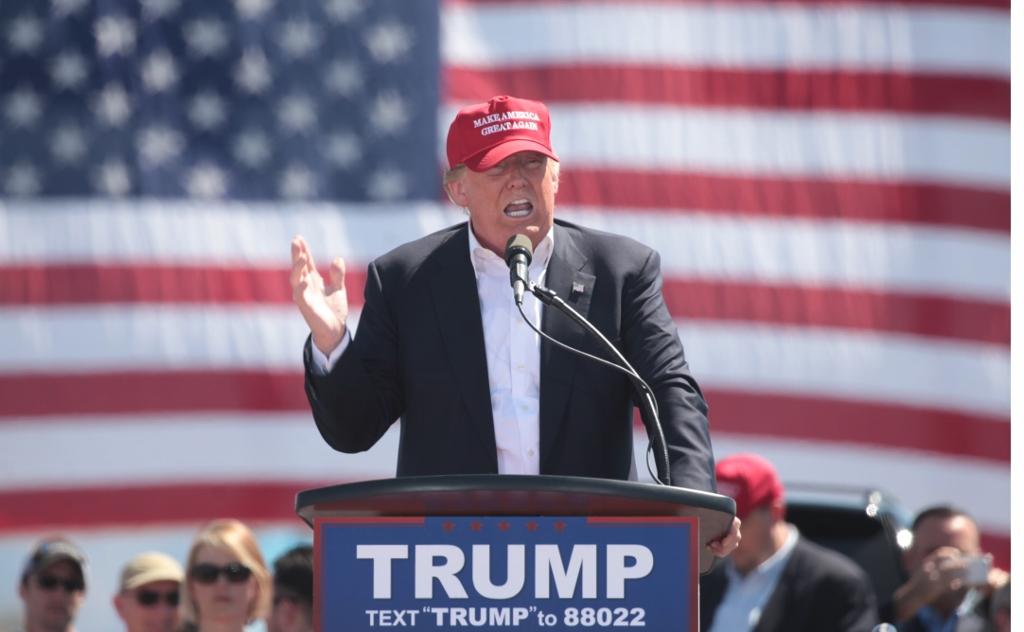 Language– a force woven into the culture of the world, ever-changing and evolving. Literature has the power to transform and mold perceptions; the compelling power of words have proven to be the mother of evolution and expansive change.

From the beginning of the equality of races, women’s rights, to LGBT movements, words have been right alongside every revolutionist that challenged a oppressive system. Words engrave themselves in American history with a profound feeling of accomplishment and triumph.

John F. Kennedy’s inaugural speech was one of the top four shortest presidential speeches in American history. Delivered in a mere 14 minutes, it was still considered the most profound and memorable of many presidential inaugurals. His most recognizable line– “Ask not what your country can do for you, but what you can do for your country”– remains a prominent American value. The power of words does not solely depend on mass, but more so depth. The magic of language is simple, accessible yet abstruse, but wonderful all the same.

Martin Luther King Jr.’s “I Have a Dream” speech has become arguably the most inspiring oratory in the American Civil Rights Movement. His powerful speech has been a platform for change and compassion, the lasting effect is that of a progressive society. MLK became the youngest person to receive the Nobel Peace Prize.

Power is an understatement when regarding language, and the extent at which one can change the world with the help of speech is astonishing. While language is one of the most romanticized aspects of expression, it can be used for things that are not so sentimentally touching: hate speech:

Hate speech refers to the devaluation of individuals and ethnic groups,  while also promoting misogynistic ideals reinforced through language. This harmful form of expression, though not illegal in regards to the 1st Amendment, has been a contributing force in many American tragedies.

The recent presidential election of 2016 has brought to light a dirty secret of the American culture– the somewhat hushed support of racism, sexism, homophobia and various other “isms” have risen with a clamoring voice of support.

Donald Trump’s rise in fame as a presidential candidate has sparked an outpouring of concerned citizens. In the opposition, many feel liberated, claiming he “says what everyone is thinking.” Between the two, Donald Trump v. Hillary Clinton many have claimed this election as a “choice between two evils.” In the eyes of many, a vote for either of these two leading parties put a strain on their moral and logical values. In the eyes of the public, it was a choice between a corrupt politician and a businessman who knew nothing about presidency. The election was simplified into a situation where many voters simply chose the candidate they hated less. Or completely abstained from voting.

As Trump did, against popular belief, win the highest position in America I ask of you:

Is he a qualified person to represent our country and be the influential voice for and to the people of America?

Is his campaign simply gaged towards winning votes, or do his words linger?

Will he affect the dynamic of our self-proclaimed progressive society? Or are they just words?

To begin the exploration of Trump’s “influential” speech, remarks, and even tweets, first we must reveal his reactive behavior that has led him to utter some unforgiving statements. Trump kicked off his presidential campaign with his public insult towards Gold Star families of veterans. Trump was exposed for his racist behavior when the family of a deceased Muslim-American soldier accused him to have “sacrificed nothing and no one” for America.

Trump’s rebuttal to the family’s outrage over his uninformed anti-Muslim banter was: “I’ve created thousands of jobs… I’ve had tremendous success. I think I’ve done a lot.”

Trump has continued to reinforce an already prevailing Islamophobia in America. Since his start in the eye of the media as a high official, Donald Trump’s speech has proven extraordinarily offensive, venomous, and regressive. He has the ability to empower such a large group who support, or at the very least are tolerant, towards racism, misogyny, homophobia and various other dangerous beliefs.

He has proven himself diligent in the belittling of women from claiming Alicia Machado in a beauty pageant to be “fat”, throwing around insults that she looks like “Miss Piggy” and a “disgusting animal.” The newly-elected President of the United States has also been accused of various sexual assaults.

Let that sink in.

A man who is running our country holds no respect for half of the population he will be representing. This may seem minor to some, but when really put into perspective, it’s quite terrifying.  “My” President views my fellow women as objects of desire; as a woman,  it is impossible to ignore the fact that  already my value as an individual has becomes non-existent. The face of America, a misogynist, boys who will become men are now growing up in a country where it is acceptable, and encouraged  to grab women “by the pussy” as Trump virtually proclaimed.

The dangers of having a President who unforgivingly encourages racist stereotypes as factual perceptions has become a reality. This is uncontrolled power, words seep through crowds who then are given permission to act with bigotry towards others. Trump not only has insulted almost every American minority, such as Mexicans being “rapists” and claiming that “when mexico send sits people, they’re not sending their best.” he has created a movement of anger, and violence that is seriously threatening the lives of Black Americans, Mexican Americans and Muslim Americans. Again, key word “American.”

Anti-Muslim hate crimes in the Us have risen 67 percent in just one year. The southern Poverty law center has recorded 892 hate groups that are operating in America. The study of hate crime increase is the product of FBI annual hate crime reports, with the attacks against Muslims spiking to an all time high. “That is the highest number since 2001, when the al Qaeda attacks on New York and else we drove the numbers to its highest ever level, 481 hate crimes” reported Mark Potok with the Southern Poverty Law Center.

A hate crime is defined as: a criminal offense against a person or property motivated in whole or in part by an offender’s biased against a race, religion, disability, sexual orientation, ethnicity or gender.

The FBI annual report has been teetering on the edge of this hate being ignited due to “contentious political campaign fueled by hateful rhetoric that has ignited a backlash nationwide” stated CNN. Specifically, rise in hate crime accounts for an 8% rise in anti-black and a 5% rise in anti-LGBT hate crime.

Hate has becomes the leading factor for concern of our recently elected president and the future of America. Will this regressive language take us back to the days when women were indeed property, people of color had no place in society and the wealthy white man triumphed on suppression?

A common view is that  this election is a joke, there is severe neglect to see the importance of recognizing  ignorance, especially in the face of our leader.  Words will continue to influence, melt and mold our society, our America is in the hands of oppression, how we choose to succumb or defy hateful rhetoric and take action, is up to us. Americans, white, black, Latino, Muslim, men and women, we the people determine our society. Not the detached privilege who get to go home to their yachts and private jets, while we are plagued with racism and discrimination. I am hopeful that we not accept ignorance, that in the spirit of all that is progressive, accepting and inclusive Americans will embrace the versatility of our country.