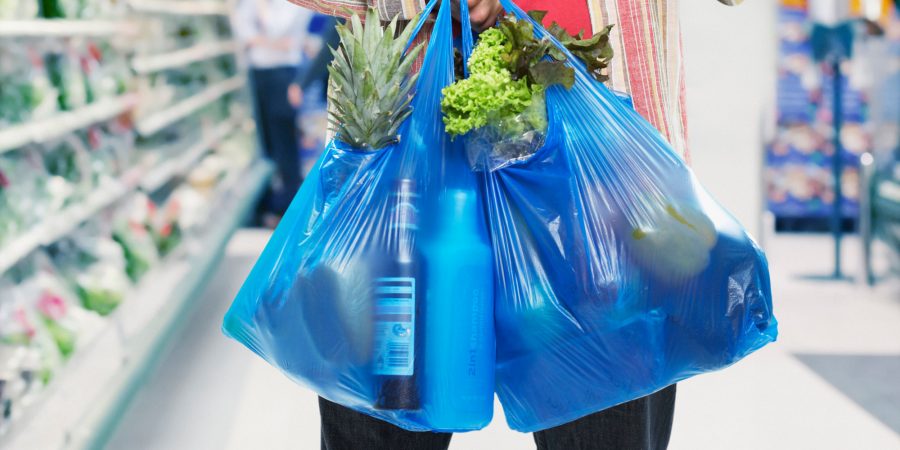 California’s passage of Proposition 67 on November 8th, which requires retailers to no longer provide free single use plastic bags.  According to the California Voter’s Guide the law requires a minimum of 10 cents for each paper or thick plastic bag for carry out of goods from retailers.

The change was effective immediately upon the voter approval of the proposition and seemed to catch consumers off guard. Senior Blue Engelking said that the week of the election, “[I] went to Albertsons and filled my cart and checked out as normal and realized that the law was effective already,” leaving his and many consumers with a choice of paying 10 to up to 15 cents per plastic bag. Engelking was faced with the choice that many consumers find themselves, “Filling your own bag with the goods, or carting them out freestyle and loading them into the trunk.”

Prior to the 1980’s most consumers carried out their groceries in paper bags before the plastic bags became the norm and as well as a new source for litter. The new law is intended to reduce the littering of plastic bags in beaches and parks and the addition of the bags to the landfill where these materials do not easily decompose. This law will encourage shoppers to bring their own canvas bags to the store or resist the urge to use plastic bags at all. Overall, the goal was to put price on plastic bags to relieve the cost they have on the environment.

Opposition to the new law was generally funded by four large out-of-state plastic bag companies, according to the California’s Voter Guide. They cite that not one penny goes to the environmental protection programs. Also, the no campaign claims that the grocery store companies will profit of about $300 million from these bags but if people stop buying them, this will be considerably less.

People seemed to be immediately impacted by this new law, more than others in recent memory. Senior Justin Flotho indicated that he was “kind of shocked” that the bags were available so soon after the election. Since then, his family remembered to put the canvas shopping bags back into their car “only about half the time” in the past month, thereby forcing him to purchase the bags at Ralphs. He admitted that the purchase requirement will “likely help [him] remember to bring [his] own bags.”

To learn more about this new law affecting Californians, check out: http://voterguide.sos.ca.gov/en/propositions/67/

5 Comments on The Cost of Plastic Bags