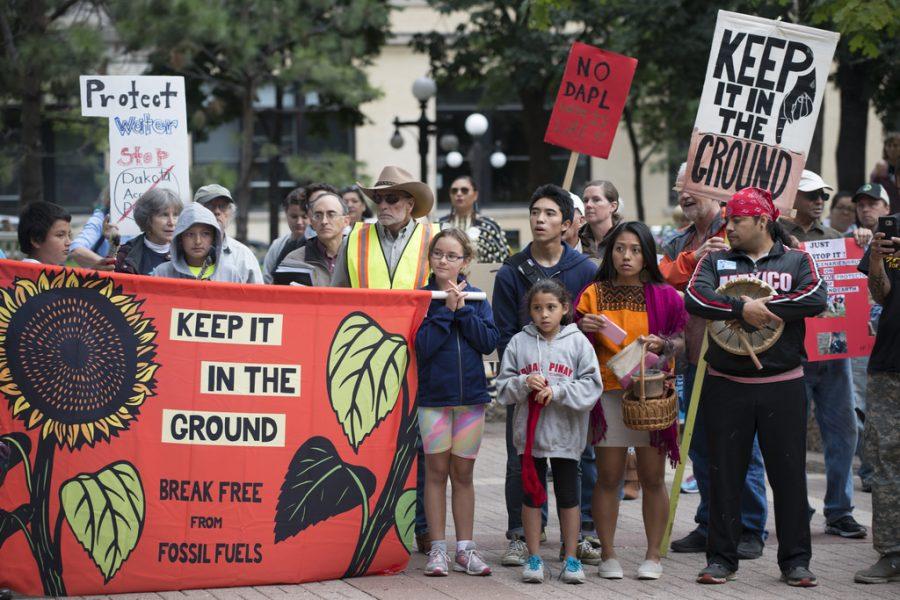 In a provoking intersection of tribal rights, water access, environmental impact, and economic gain, the Dakota Access Pipeline has lead to controversy, outrage, and support atypical of a domestic oil pipeline.

On a larger scope, the DAPL isn’t anything out of the ordinary; for what it is, the pipeline begins in northwest North Dakota, traveling in a relatively straight path through South Dakota and Iowa, ending in an oil tank farm near Patoka, Illinois. It spans a total of 1,172 miles and costs a startling $3.7 billion, but considering our nation’s well-cultivated relationship with oil, it is understood that the cost is exchangeable for future economic prosperity.

During the earlier stages of its planning back in 2014, the owner of the pipeline, Energy Transfer Partners, argued that it had undeniable benefits. From helping the United States gain energy independence with a home oil supply to offering a more reliable method of transferring oil to refineries in comparison to over the road, the DAPL provides another well-received perk in the American eye: an increase of jobs. Construction requires workers, and an estimated 8,000-12,000 temporary jobs alongside 40 permanent jobs would be created.

On a logistics note, the DAPL would also free up precious railroads, allowing farmers in the Midwest to ship more grain, boosting the economy in that region. The Midwest isn’t known to do very much or have very much, thus the pipeline adds an interesting opportunity to these people as farmers steadily choose to sell pieces of their land for construction purposes.

However, what the pipeline did not anticipate was treading through lands of historical and cultural significance, as the Standing Rock Sioux Tribe decreed. Running half a mile within the reservation, the DAPL has a high risk of destroying sacred burial grounds and contaminating the Missouri River, which is the Standing Rock Sioux Tribe’s main source of water and livelihood. Considering all the other conflicts along the 1,172 mile long pipeline, there lies a question in how the company planned to resolve those problems, but carried on with the decision regarding this section of the pipeline. For example, an alternate route bypassing Lake Oahe, which is right on the outskirts of the reservation, was proposed, but later rejected due to its proximity to areas that supply water. Moreover, a crossing at James River was rerouted in order to avoid three other bodies of water, adding two more miles to the pipeline. Thus, added mileage isn’t the issue here, either.

As senior Brooke Visagie details, the controversy lies in the “serious threat” it poses “to indigenous rights and environmental issues.” Combustion scientists mark the production and transportation of oil as another factor that will essentially bring us over the edge of global warming. Moreover, in the views of protesters, they attribute the nation’s campaign for oil less as a necessity and more of an obsession– a fascination that causes a people’s lives to be treated as commodities equal in exchange for land.

Senior Maia Gibson further explains this nuance of this double-edged sword, stating, ¨In a time when we as a society should be trying to curb our dependence on oil as well as the disrespect we show to other cultures, this pipeline seems to be in violation of both goals.”

Citing the 1851 Treaty of Fort Laramie that had once promised the Sioux Tribe land but was later taken away, the tribe and other protesters use this as an example to prove how treaties with sovereign nations are rarely respected or even followed– even though Federal Indian Law is considered “the supreme law of the land.” Senior Jaden Mirarchi comments, “The movement truly highlights federal ignorance towards the plight of indigenous people.”

Protests involving thousands at the pipeline site near the Standing Rock Reservation have drawn both national and international attention as people banded together with the tribe, invoking a movement soon to spread like wildfire across social media: #NoDAPL. Despite its wide outreach, the situation at the pipeline failed to hit TV networks except for brief mentions, an off branch of a “media blackout” that has caused the general public to be unaware of the protests and the ever-growing divide between protesters and law enforcement.

Police have used rubber bullets and blasted freezing water at unarmed protesters during temperatures approaching zero, eliciting allegations of civil rights violations. On the other side, water protesters and those arrested have been cited for trespassing and equally as criminal activities, causing the police to take what they deem as appropriate action in order to prevent protests from evolving into mass riots.

Nonetheless, to the joy, excitement, and relief of the protesters alongside the Standing Rock Sioux Tribe, on December 4th, the Army Corps of Engineers stated that the pipeline would be rerouted, avoiding the drilling under the Missouri River. Immediately, this was perceived as a victory.

However, this calls for cautious celebration; President-elect Donald Trump supports the pipeline, feeling it would benefit all Americans. The rerouting of the pipeline isn’t set in stone either– Trump could easily revoke the decision and continue its original path. With a month left in the Obama administration, there’s not much the current President can accomplish to solidify the rerouting. Moreover, Trump has “bigly” plans concerning the pipeline alongside other policies he’s eager to propose starting from the first day of his presidency.

Nonetheless, the DAPL protesters and the tribes have taken this decision in stride, for now. While still wary of the future, they have begun looking ahead and away from only Standing Rock to other places and begun a potential battle over diversified energy usage.

We are witnesses of history in motion– twisting, turning, and unfolding before our very eyes. The exercise of our fundamental rights as American citizens. The struggle of a people trying to take back what was taken from them.

Only time can tell, but with an event with beginnings in measly protesting over the course of two years that has sparked nationwide outcry and support, there’s certainly more to come.

And America loves the underdog.