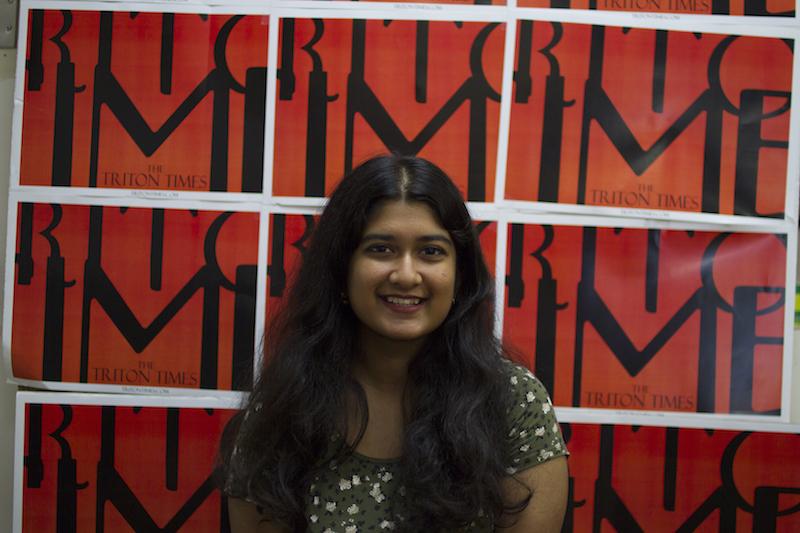 Hi, I’m Jahfreen!  This is my second year of Newspaper, and I’m thrilled to progress my work on Triton Times as both a writer and an editor. Originally, I joined the class junior year to continue developing my writing skills along with my love for creative writing; now, I’ve grown comfortable with the medium of newspaper articles, and fully enjoy writing about topics that not only hold interest to myself, but worldly relevance as well. Hopefully, my skills advance throughout the year even further as I cultivate my writer’s voice.

When I’m not scattering for quotes or writing my articles into the dead of night, I’m the proud Vice President of our school’s A Capella choir. While both Newspaper and A Capella act as much needed breaks in my rigorous schedule, I adore engaging in extracurriculars that allow me to create beautifully and powerfully. My other hobbies include keeping an ever-growing list of books I should read but still don’t, lazing around in a wade of procrastination, and, of course, hanging out with my friends.

Even though the thought of life after graduation terrifies me, I plan to attend some kind of college in Southern California and pursue a major in Biology (though, the prospect of an English major grows ever so appealing). With any luck, I’ll find a way to marry the two.

To read more articles written by me, please click the links below:

A Debrief on the Dakota Access Pipeline and a Look Ahead

Album Review – ZAYN’s Mind of Mine

2016 Battle of the Bands: A Showdown of Skill

Getting Ready for Upcoming AP Exams

Album Review – Panic! at the Disco’s “Death of a Bachelor”

GOP Determined to Strip Women of Their Rights

Breakdown of the Second Republican Debate