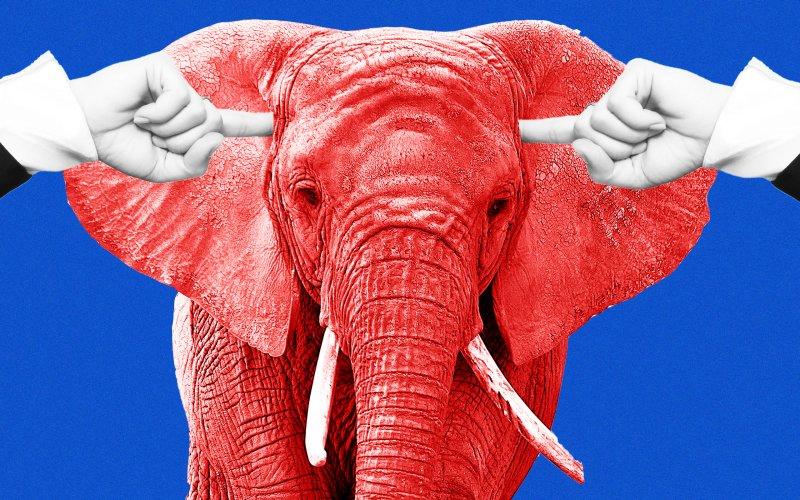 Recently, all 2016 Republican candidates have expressed alarming interest in promoting their pro-life stances on abortion by defunding Planned Parenthood. Their failure to realistically address cases involving rape and to consider the unexpected consequences of adoption have incited the formulation of views marred by blatant hypocrisy. In advocating against abortion, these candidates intend to subject women to a powerless position; they refuse to recognize that women are the sole authorities of their own bodies.

One commonly offered solution to abortion is adoption—assuming the mother chooses to carry the child to term. The prospect of adoption posing as a “moral” alternative to abortion is highly unrealistic, for this view presumes that the only contributing factor to a mother’s choice of one option over the other is the need to avoid raising a child. In reality, other factors such as a woman’s socioeconomic background, ability to afford giving birth to a child (a cost between $3,000 and $37,000 in the United States), unforeseen pregnancy complications, and a questionable psychological state play into the already difficult decision.
It also is not uncommon for women to feel an overwhelming sense of remorse due to the potential loss of a future child at the hands of an abortionist or a social worker. According to a study conducted by the Child Welfare Information Gateway, almost 75% of birth mothers continued to experience feelings of grief and loss even after 12 to 20 years.

A means to avoid this predicament entirely is through practicing safe sex with contraception. The Grand Old Party hopes to defund Planned Parenthood, an institution dedicated to helping reduce the number of accidental pregnancies that may result in abortions.   Planned Parenthood also poses as a safe haven for those stigmatized for their “careless” actions. Women who have abortions are seen by society as pariahs, irresponsible, ignorant, and promiscuous. Fear of judgment or disapproval from society forces women to be more insecure about their sexuality; they are shamed, demonized, and  seen as the ones at fault for their pregnancy, whereas men are free from judgment. This social view indubitably exemplifies how women are prosecuted for openly indulging in their sexuality and even denied rights to address their situation as they see fit.

This societal view of women and the expectation that they be married before becoming pregnant provoked the need to establish a prevention center for the uneducated public. Maintaining this establishment is crucial in that the loss of this institution would greatly endanger the amount of resources women have at their disposal. U.S Representative Bonnie Watson Coleman raised this often ignored truth to light as she criticized presidential candidate Chris Christie’s role in defunding Planned Parenthood in New Jersey. Christie made the assumption that other federally qualified health care centers would be more than able to compensate for the resources lost due to the  dismantling of Planned Parenthood. In actuality, these said health care centers were unable to “accommodate all the deficiencies that would occur without Planned Parenthood.”

Although Jeb Bush had stated Planned Parenthood was not “actually doing women’s health issues,” implying that the institution was pointless, Planned Parenthood is a vital part of our government in that it provides contraceptive and informative resources for the general public.

Many fear that abortion will be abused by careless women and will simply be used as another form of contraception. While one may expect a possible solution to be to form a set of criteria to help determine in what scenarios abortion is a procedure acceptable or unacceptable,  nobody has the right to deny abortion or approve abortion based on a woman’s experience or the manner of contraception. This is simply a breach of basic rights.

Unfortunately, consensual sex is not the only means to getting pregnant. Rape is so prominent that 683, 000 adult American women are raped per year, and, horrifically,  5,000 children under sixteen. Candidates like Huckabee believe that children victimized by rape should not be allowed to have abortions. At the first debate, candidates campaigning for the GOP presidential nomination proposed that abortion cases in instances of rape, incest, or a the endangerment of the woman’s life  are not legitimate. It’s safe to assume, had this occurred to a child of their own, their opinion might be different. This absurd logic reflects the GOP’s hypocrisy when it comes to addressing women’s rights to abortion.

What these Republican candidates fail to understand is that analyzing the potential future of a woman and her “child” is not addressing the immediate issue: this is about a woman’s right to decide what is best for her life and for her body, and not about what “could have been.”

GOP, hear us now: they’re our bodies. They’re our rights.