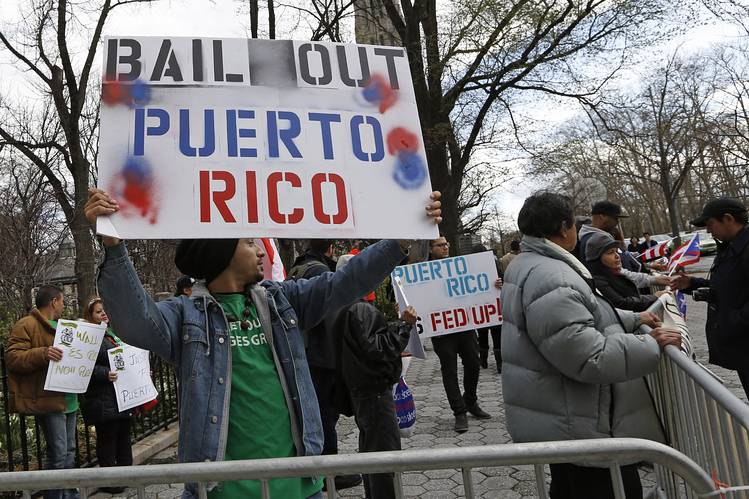 What happens when the overuse of borrowed funds and municipal bonds, a failing economy, and an inefficient government occur in the same country? Easy—an accumulation of over $70 billion of debt.

Stemming from an uneasy economic history, Puerto Rico is weighed down by over $70 billion of debt, and unable to pay off what it owes. However, the borrowed money gained by issuing municipal bonds had a purpose; the funds compensated for the steadily declining government revenue, and acted as a precaution to prevent any deep cuts in services and layoffs of public workers.

This easily found investors, which became fuel for the downfall that came later.

Eventually, after issuing too many bonds, Puerto Rico began relying on the borrowed funds made from issuing bonds in order to balance the already heavily unstable budget. However, crisis factors other than bonds played into the Puerto Rico’s massive accumulation of debt.

Puerto Rico has faced widening budget deficits over the years from steep, economic declines. While the island overall has difficulty to manufacturing and producing goods, its economy was sustained for previous decades thanks to the presence of technology and service-oriented companies that had relocated to the island due to Puerto Rico’s favorable tax treatment. These advantages soon ended, though.

When these tax breaks, originally inspired to spur economic growth, expired in 2006, manufacturers and businesses began to leave the island. With that, people either lost their jobs, or followed the companies, reducing Puerto Rico’s tax revenue even more as the population declined as well. A declining population also came out of an aging population, which once again lead to less tax revenue and greater expenditures.

Once a Puerto Rican resident reaches the age to stop working, the government must spend money on the resident because of social welfare. Due to the highly impoverished nature of Puerto Rico, government spending on social welfare remains highly disproportionate compared to other sectors. More than 60% of Puerto Ricans receive Medicare or Medicaid, but Puerto Rico only receives a small fraction of federal funds to help with social spending.

To add more fuel to the fire, the government continued to borrow even more.

Especially in the midst of debt, the inability to pay back investors has potentially injured the future of health care and education programs.

As junior Gabby Reid discloses, “Currently, the poverty rate in Puerto Rico is almost half of the island’s population. Medical care and education has been cut back significantly. I hope that we take action and provide help in any way possible in order to prevent the effects from spreading.”

While Puerto Rico does receive federal assistance, most of the residents do not pay a federal personal income tax, which comes from a lack of statehood status. Its lack of statehood may prove to be hurting the island more now than even before. With healthcare becoming a growing part of the economy, the rate at which the federal government reimburses its doctors and hospitals is at a lower rate than if Puerto Rico were a state. Thus, doctors leave.

Moreover, Puerto Rico can’t file for bankruptcy like American cities such as Detroit. Also, unlike sovereign nations such as Greece, to which many parallels have been made, Puerto Rico cannot seek emergency assistance from the International Monetary Fund. Due to its unique circumstances, Puerto Rico cannot do the same past countries and cities have done before.

Congress has the power to change the dire situation in Puerto Rico. While issue at its core presents an extreme economic difficulty, Congress cannot deny the effect the debt crisis has on the people of Puerto Rico—citizens of the United States.