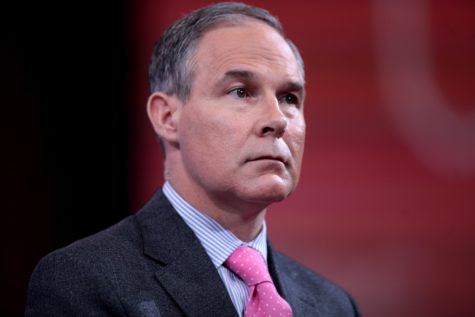 On February 17, the United States Senate confirmed the former attorney general of Oklahoma, Scott Pruitt, as the next leader of the Environmental Protection Agency.

The EPA works to write and enforce measures passed by Congress to ensure human health and environmental protection.

Under the Obama Administration, the agency passed nearly 4,000 regulations. In his time as president, Obama enacted the Clean Power Plan, putting more focus on alternative energy sources, signed the Paris accord, working towards keeping global temperatures from rising dramatically in the coming years, and, among other things, set greater regulations on emissions, limiting greenhouse gas emissions nationwide and strengthening the Clean Air Act.

During this eight-year period, Pruitt and his allies in the fossil fuel industry sued the EPA thirteen times.

Now, environmentalists have great reason to believe he will reverse many of these advances in preserving our planet.

In 2011, Pruitt sued the agency for passing the Mercury and Air Toxics Standards which limited emissions of mercury and arsenic into the atmosphere. In 2015, he sued the EPA for their efforts to limit tropospheric ozone which is detrimental to human health. Just last year, Pruitt wrote in National Review, expressing his contempt for many of the EPA’s regulations including their promise to hold oil and gas companies accountable for any damage they cause to the environment and their enactment of the Clean Power Plan.

Pruitt claims, “Scientists continue to disagree about the degree and extent of global warming and its connection to the actions of mankind” and encourages his supporters “to hold the EPA accountable to the laws that created it and to fulfill our statutory duties to ensure that consumers in our states have access to reliable, affordable energy.”

This reflects the views and beliefs of many Americans. Recent polls conducted by the Pew Research Center found that approximately 51% of Americans deny human effect on the climate despite overwhelming scientific consensus, with 31% claiming that the warming global temperatures are “due to natural causes” and 20% asserting that there exists no “solid evidence of warming.” 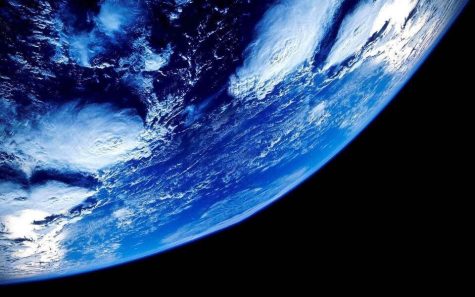 Even some who believe in climate destabilization and humans’ role in it fear the effects of implementing new environmental regulations, citing the country’s reliance on fossil fuels for affordable energy and insisting that regulations on the industry would hurt the economy by raising consumer costs and lowering employment opportunities.

However, environmentalists see an urgency in these issues and believe that taking steps towards a more sustainable future would actually greatly benefit the country and the economy. Jackson Hinkle, a junior at San Clemente High School and leader of the environmental club, Team Zissou, claims, “Addressing the issue of climate change will prove to be economically beneficial for countries, create thousands of new jobs, and will save individuals money on things such as electricity and fuel.”

The fact that Pruitt denies climate change, is a long-time ally of the fossil fuel industry, and now runs the very agency he once sought to end gives people like Hinkle reason to worry. As head of the EPA, Pruitt has the power to not only overturn domestic regulations but also to back out of international agreements to limit human impact on the environment.

Already, environmental groups have vowed to levy lawsuits against harmful measures passed under this new leadership, have planned marches and protest across the nation, and have press government officials to take greater action in their fight against climate change.

Mikayla Hartigan, also a junior at SCHS, says, “The environment is suffering from our actions and has been for over 700 years, and it is necessary to understand the repercussions of our actions and make changes in the future.”

Although Pruitt will likely have enough support to repeal many of the restrictions on the oil and gas industries put into place during the last presidency, he will face much resistance in the next four years.