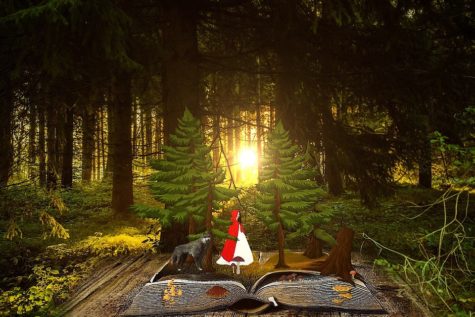 In the mid-19th century, the Brothers Grimm wrote fairy tales. Their fairy tales were eventually adapted into films for children. However, the stories themselves were gruesome and dark, dealing with subjects that are considered adult themes today. The movies themselves occasionally give a subtle hint to something not meant for children, but it’s a treat for the adults who watch them. The films were created by Disney, a company that is very famous and popular. The question is, which is more valuable to a child, the gruesome/brutal truth, or the sugar-coated dream?

I asked SCHS sophomore, Elizabeth Giacchetti, her opinion on the matter and she said, “I think it depends really on who the child is. Depending on how they were raised. For the average kid I think a sugar coated dream would be the best bet, but at the same time, with how the world really is…I think it could be either or.” 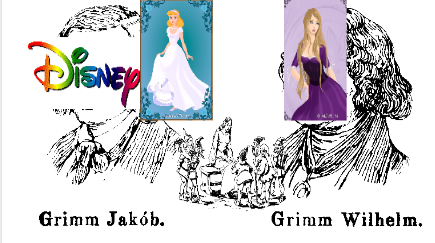 The presiding popular belief is that it’s okay for children to see some gruesome truths in moderation, but even with the fantastical nature of the stories, they still should be protected. However, kids shouldn’t be left alone to figure out how gruesome life is. Although messages may stay the same for different types of stories, it’s better for a child to slowly be shown more mature themes.

Some of the most shocking true Disney stories I’ve read are Cinderella, Rapunzel, and Snow White and the Seven Dwarfs.

Some of the  Brother’s Grimm stories with more violent plots include:

Cinderella– The evil stepsister cut off parts of their feet for the slippers to fit on them; however, the Prince finds out and ultimately picks Cinderella (yay!). At the wedding of the Prince and Cinderella, the evil sisters show up hoping to get Cinderella’s trust and wealth. When they arrive however, their eyes are pecked out by birds.

Rapunzel– In the Grimm version of the Disney movie “Tangled”, Rapunzel bears a child with the Prince before the two can escape Mother Gothel. The prince jumps from a window landing in thorns and becoming blinded by them while Rapunzel gives birth. Eventually the two are reunited and get married to have a happily ever after (not all have a horrible ending).

Snow White– Grimm’s version tells the tale of the Evil Queen trying to kill Snow White. She tries twice and is unsuccessful, and finally  gives Snow White the poison apple, as in the movie. Snow White is put into a coma and is awakened by a kiss from the prince.  The prince and Snow get married, where the Evil Queen is forced to dance with burning hot shoes on until she dies.

Although many established fairytales have less innocent origins, their modern counterparts are nonetheless beloved by children everywhere as romantic and sweet stories that encapsulate youthful hopes and dreams.