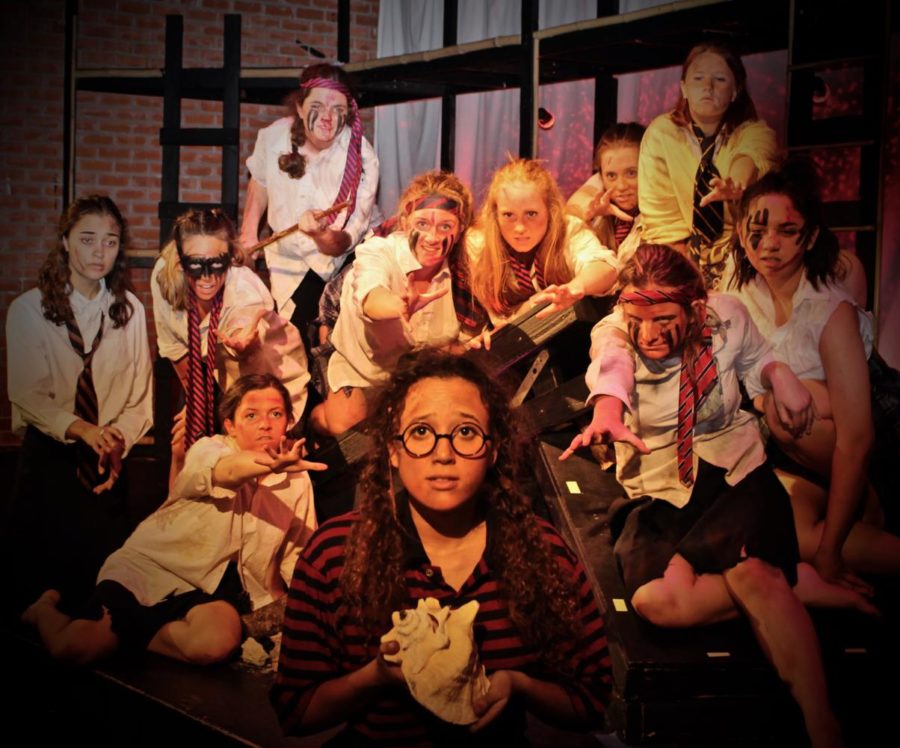 William Golding’s long-debated Lord of the Flies was brought to life in an awe-inspiring rendition by the San Clemente High School Drama Department. For the first time, the production was divided into an all-boys cast and an all-girls cast, which alternated show times. With only four show dates on November 29, November 30, December 1, and December 2, the cast exceeded all expectations, and the show sold out multiple times.

The actors’ raw emotion was tangible through their portrayal of shocked kids stranded on an island and their transformation into savages.  The play starred Justin McCoy as Ralph and William Brown as Jack in the boys cast, while the girls cast featured Carlie McCleary as Ralph and Abbi Gutierrez as Jack. Although Golding’s version of Lord of the Flies was written about a group of British boys, the female cast added a unique twist to the dynamics between the characters. The friendly competition between the two casts pushed the actors to push past their limits and truly connect with their characters.

The plot follows a group of twelve-year-olds stranded on a deserted island as they struggle to  establish order and assert control over each other. Spoiler alert: the adolescents’ attempt to govern themselves is a disaster. The play adaptation stayed true to the symbolism of Piggy’s glasses and the conch shell, while the producers decided to make the infamous beast metaphorical. The play stokes the debate of whether humans are inherently evil beings. Many of the English II Honors teachers, who are currently teaching Golding’s Lord of the Flies, offered extra credit to their sophomore students who attended the play.

Senior Ashley Echelberger, with four years of experience in sign language, interpreted the play on Thursday night. Echelberger was able to see the production from behind the scenes, as well as from the audience’s perspective. “It was really fun to see the cast make the play their own and watch it go through all the stages leading up to the performances. Both casts were awesome and I can’t wait to see what they will do with the musical next semester.”

The element of improvisation only enhanced the value of the production. On Thursday night, Echelberger gasped when Piggy, played by Justin McCoy (11), was pushed to his knees and forced to jump over the fire on stage, landing on the ground to avoid rolling off the stage. While the crowd assumed it had been a choreographed move, Echelberger and her fellow interpreters knew that Justin had stayed in character despite being forced to improvise.

Upon rescuing the boys on the island, the naval officer declares that “it was all just a game.” However, to the audience, the cast’s vivid emotion brought the show to life, making it seem like anything but a game. Thanks to the talented drama department, Lord of the Flies was an undeniable success. Make sure to mark your calendars for Monty Python’s Spamalot, which will debut in the spring.