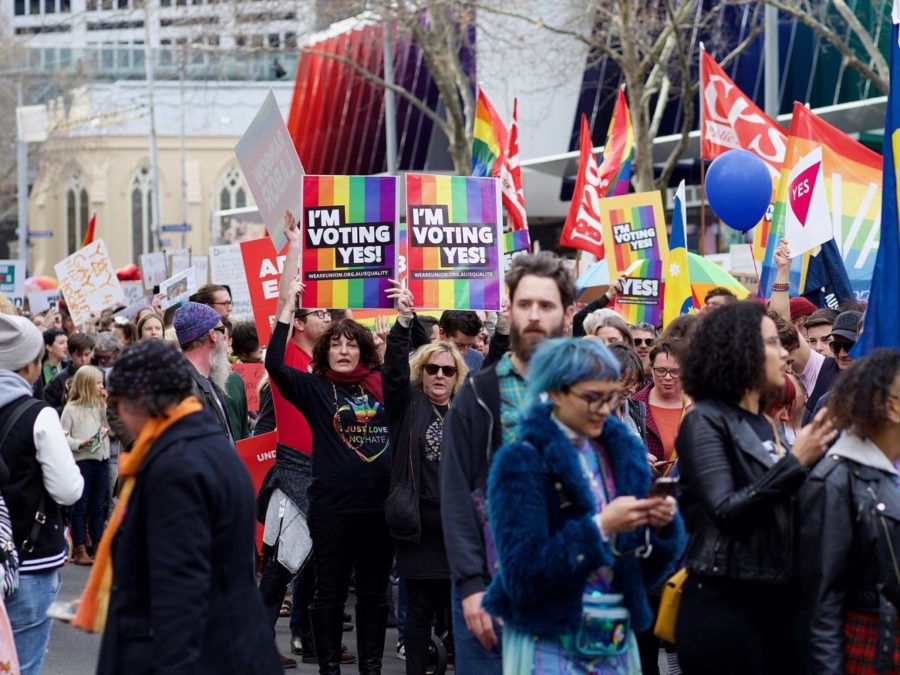 The bill received extreme support from the majority of Australia’s population, and when the final approval went through the House of Representatives, the bill only received four votes against it.

In a nationwide government survey taken three weeks before, 61.6% of Australia’s 12.7 million people voted in favor of same-sex marriage. Prime Minister Malcolm Turnbull even commented on the nations overwhelming support for marriage equality, stating, “This is a great day, it belongs to every Australian.”

This new law, along with recognizing same-sex marriage, expands on previous laws passed for equality regarding same-sex couples. Areas expanded include government benefits, taxes, and employment.

While this new law is a big deal for both Australia and the LGBTQ+ community, Australia is the 24th country to legalize same-sex marriage. Following other progressive countries such as Canada (2005), England (2013), and, of course, the United States (2015).

Although same-sex marriage has been legalized, same-sex weddings will not occur until January, due to an already previous requirement stating that couples have to give a full month’s notice before getting married.

The aftermath of this legislation was remarkable. After the law was passed, the public gallery broke out into “I Am Australian,” singing in celebration of the newly passed law.

When the news of this was heard around the world, many advocates for LGBTQ+ equality  celebrated. Even here in San Clemente, students reacted positively. Junior Rhiannon Yanda, in response to the legislation, believes “it proves that world society is improving and progressing.”

Others, mainly in Australia, took to the street in rejoice of the newfound equality. Brittany Leung, junior, reasoned, “Even though it wasn’t a law passed here in the US, people here will probably see the law as another big step for LGBTQ+ rights.”

The legalization of same-sex marriage serves as another milestone in LGBTQ+ equality. Hopefully, other countries of the world who have yet to do so will recognize these people and give them the equality they deserve.