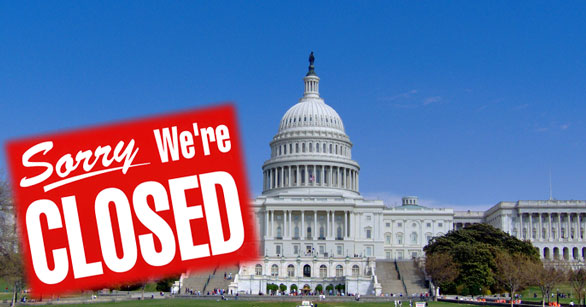 It is not unheard of for the United States government to go through what is being referred to as a “shutdown.” The Obama presidency went through a shutdown in 2013 that lasted for sixteen days and ended completely for the remainder of the president’s term in office. Today, in 2018, the United States is going through yet another government shutdown, this time slightly different than its predecessors.

For the second time in just a month, the government has been shutdown. The first shutdown,which lasted three days, ended on January 23rd due to the failure to pass a bill in the Senate which required 60 votes but only achieved 50. The bill centered around the government’s future in terms of budgetary restrictions. The issue that Republicans failed to address was how DACA (Deferred Action for Childhood Arrivals) funds were going to be spent due to the fact that the deadline for DACA and immigration isn’t until late March. However, many citizens and new immigrants alike are waiting with eager ears to hear how their future will pan out and whether or not it will take place in America.

Just shortly after the first shutdown, another one occured on February 9th. This one, however, lasted a mere couple of hours and ended with a “bipartisan compromise” which involved President Trump signing new funding bill that barely scraped by congress.

Many students at San Clemente High School were following the news due to the shutdown. One student, freshman Will Huddleson gave his point of view saying, “its so strange to just know that at any point the government could just stop running. In a way it’s worrying.” Other students share the same sentiments as Huddleson, like sophomore Ella Gardner who, as an immigrant from New Zealand, believes that “having such a capricious government can be bad for us. The whole point of having a government is to have a constant that is always there for the people in a nation’s time of need.”

From potential presidential scandals, to the ever-increasing debates over global crises, the United States government is at the center of it all. This causes many American citizens to ask the question “How is the government supposed to handle all of these issues when it can’t even keep itself running?”