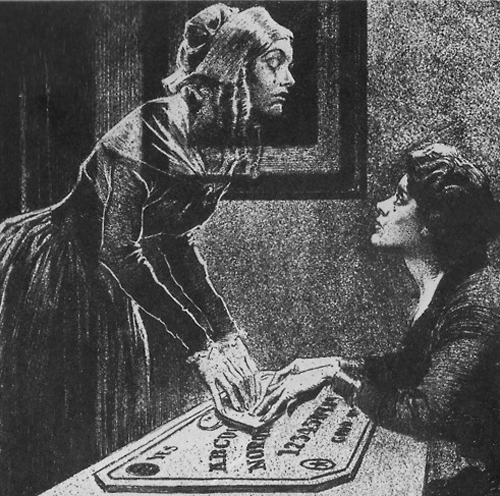 Don’t you hate it when you have the sudden urge to communicate with the spirits of dead after a long day of work but have nothing to talk through? Have no fear, Ouija boards are here for the rescue!

A Ouija board is a flat board with the letters of the alphabet arranged in two semi-circles above the numbers 0 through 9. The words “yes” and “no” are in the upper corners and “goodbye” is at the bottom center. A planchette is a teardrop-shaped device that is used to maneuver the board. Two or more people place their fingertips on the planchette, they ask a “spirit” a question, and watch as the planchette moves from letter to letter, spelling out the answers seemingly made by the “spirit” that is trying to communicate with the living.

How did the Ouija board came to be? 19th century America had an obsession with spiritualism and anything else macabre and would search for anything related to entertain themselves with (which isn’t surprising considering that Instagram and Twitter would have been 200 years too early, give or take a few). Spiritualism is the belief that the dead and the living can communicate with each other. It hit America hard in 1848 with the sudden rise of the Fox sisters from New York. The Fox sisters claimed to be mediums who could receive messages from spirits who would make noises on the walls and furniture. The sisters became quite famous and would travel around the world to perform these conjurings. However, they later revealed themselves to be frauds; a relieving piece of information that probably helped countless people sleep better at night. 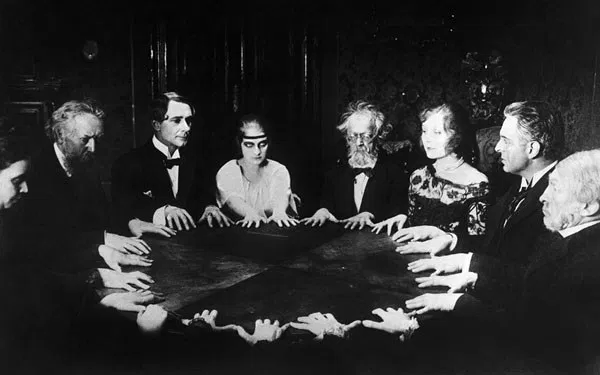 In the year 1886, the New York Daily Tribune reported on the sudden appearance and popularity of “talking boards” being used in Ohio. These boards became a favorite amongst spiritualist enthusiasts, and in 1890, Elijah Bond, Charles Kennard and William Maupin had the idea to turn the board into a hot selling toy. They called the toy a “Ouija board”, which was identical in design and shape to the talking boards used in Ohio (sounds like a patent lawsuit waiting to happen). According to legend, the name came about when the group of men asked the board what they should call the toy, it’s response was to no surprise: “Ouija.” According to Kennard it was an ancient Egyptian word for “good luck,” and since there was no Google Translate to fact check the spirits, they just went with it. His company, the Kennard Novelty Company, manufactured the boards, which were made from pieces of wood and was retailed for $1.50.

The Ouija board has remarkably maintained its popularity throughout the years; many children use this game for some spooky fun at sleepovers and Halloween parties. However, it began receiving controversy in the year 1973, with the release of the famous (or rather infamous) movie The Exorcist, which was considered the scariest horror movie ever made at the time and for good reason. The Exorcist is about a 12-year-old girl named Regan who is possessed by a demon after playing with a Ouija board. After coming out of theaters, people forever changed the way they saw the board. Something that was once used for some good laughs was now viewed as an instrument of the Devil. SCHS senior, Briejenn Kopleman informs us that “The Exorcist is the best rom com ever made.”

Despite the lashback, the Ouija board has resurfaced to the forefront of pop culture yet again. Movies like Ouija, Ouija: Origin of Evil, and The Ouija Experiment have been pumped out by movie companies to satisfy the cravings of teenagers and young adults. Toy companies such as Mattel and Hasbro are now the top manufacturers of this “satanic” game for children (however, upon interview, both Satan and the Devil Himself have claimed that they are not at all affiliated with the brand). Alternative stores such as Hot Topic have been selling clothing and accessories inspired by the board’s mystical design. Now you can find that perfect Ouija board dress that your emo daughter so desperately wants. 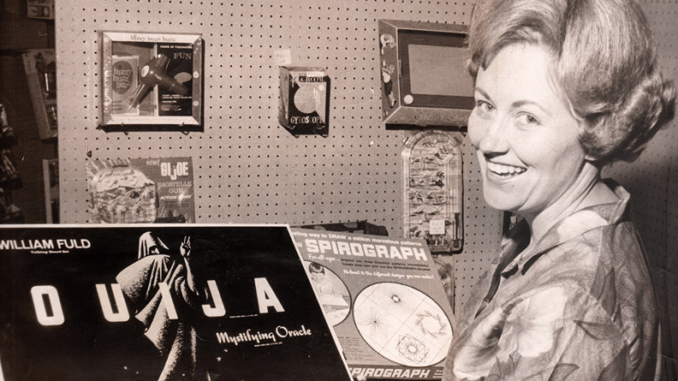 Although the Ouija board is a toy made for fun, there are still some pretty weird stories out there. SCHS senior, Tess McLane had her own Ouija board experience that she shared with us,“It was a year-and-a-half ago, my boyfriend, my best friend, her boyfriend at the time, and I were at a park alone, all sitting on a bench. We thought it would be fun to mess with a Ouija board.  We were talking to the spirit and my friend’s boyfriend had the bright idea to ask the spirit to give us a sign, which you’re never supposed to do. All of a sudden a sprinkler shot out and sprayed all of us. We freaked out but we continued with the game and stuck a shoe on the sprinkler head. My friend’s boyfriend yet again, asked the spirit to give us another sign; the boot flew off the sprinkler head and the sprinkler shot water at us yet again. This was where we drew the line, we dropped the board and ran up the hill screaming. At the hill I realized that none of us said ‘goodbye.’ You’re suppose to do that or else you were going to be haunted. So I had to go back down, get the Ouija board and made my friends put their hands on the board and say ‘goodbye’ while I was bawling crying. After that, I never touched a Ouija board since.”

Hate it or love it, Ouija boards are here to stay. If you decide to play this game, remember, this misunderstood game was made for fun and not intended to curse you and your friends with bad luck. It could just be Mercury in retrograde anyways. However, if things do begin to move around in your house and strange noises are heard with no source to be found, don’t blame us…