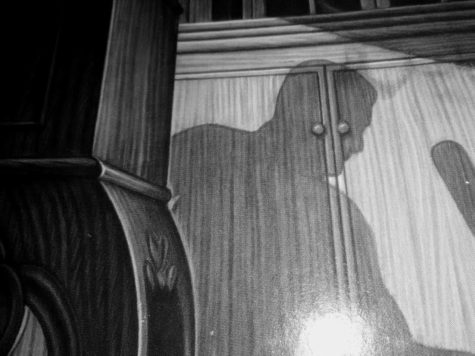 Without, Nottingham was uproarious with a thunderstorm. Within, I was sat composing a letter to a potential spouse in my study, the desk lamp and the passage outside my door way being the only sources of light I had. I worked pertinacously to the occasional peel of thunder, and the continuous languid ticking of my clock in the back of me.

It was a fine clock – a propitious Hunter’s model procured from the superlative Black Forest – and was by no means officious.  When the half hour and hour had seen the emergence of the loquacious cuckoo, I would simply keep to my work undisturbed as it resounded through the room, paying no attention to it whatsoever.

That night, the clock signaled the coming of a new hour – eleven – with a clangorous “cuckoo”. This went unnoticed, and I completed my letter on the half hour. However, on the stroke of midnight, the cuckoo seemed to grow inordinately importunate; aggressive almost. What’s more, the message within was comprehensible, and oddly tenebrous.

It was late, I thought; pure imagination. I then made it a point to turn in for the night, rising from my rotating chair and headed for the doorway. But as I feared the doorway, I noticed the shapely outline of a figure against the darkness, and on it’s left there shone a silver light.

The figure was my potential spouse; and in her hand, she grasped a knife.

I stood in front of it for a moment, paralyzed with fear and confusion, and she rushed me. Before I knew it, she was atop me, hard at work cutting the flesh away from my bones!

And then I awoke.

T’was but a nightmare. All was as it had been; the desk lamp burning and door open; the thunderstorm still quite evident without; the clock still languidly ticking away in back of me. I noticed that the letter with which my dream was concerned had not at all been written, and had to myself a little chuckle. I then set the weights of my clock right, and, on the stroke of midnight, intended to head off to bed. But that very strange call came back to me, and in an instant I became aware of a shapely figure in the doorway against the darkness, a silvery light shining at its left.

This strange visitor was my potential spouse; and in her hand she grasped a knife!