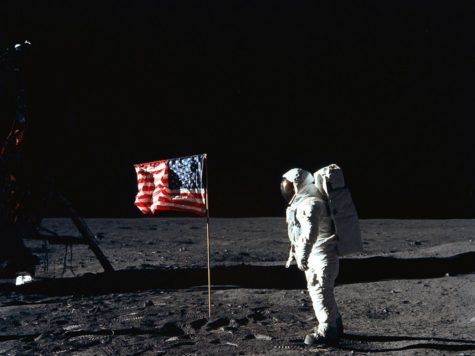 Disclaimer: What is written below is theory, not fact, and is written for entertainment purposes.

On July 20, 1969, the Apollo II moon landing caused conspiracy theorists across the globe to collectively raise their eyebrows.

Embroiled in the midst of the Cold War, the US government resorted to an elaborate hoax in order to beat the Russians in the space race. In short, Armstrong’s “giant leap for mankind” was nothing more than a ploy to establish U.S. dominance in such a tense era.

The mission went like this: “commander” Neil Armstrong and “pilot” Buzz Aldrin acted out the landing in a film set hidden from the prying eyes of the American public and Russian surveillance, stowed far behind the defensive fences of Area 51 or high in the Hollywood Hills. The only evidence of the Apollo 11 mission are photographs and videos released through NASA, a government agency subject to the ulterior motives of competitive politicians of the time. There are no independent organizations lacking that bias to verify the validity of these records.

There are a myriad of other tell-tale signs of the lunar landings being fake: The American flag planted by Buzz Aldrin should not have been able to wave, as its movement indicates the presence of wind, which is impossible in the vacuum of space; the shadows in the images have multiple-angles, proving that there was more than one source of light illuminating the photographs; the Van Allen radiation belt (a zone of radiation encompassing the Earth) would have been impenetrable without exposing the astronauts to lethal levels of radiation; three astronauts, Virgil I. Grissom, Edward H. White, and Roger B. Chaffee, are alleged to have died in a fire while testing equipment for the landing, but it is widely supposed that they were executed by the US government for threatening to reveal the government’s deceit.

A poll taken by Gallup in 1999 found that six percent of Americans believed that the moon landing was fake, while five percent were on the fence. Today, the public is still open to this particular conspiracy: