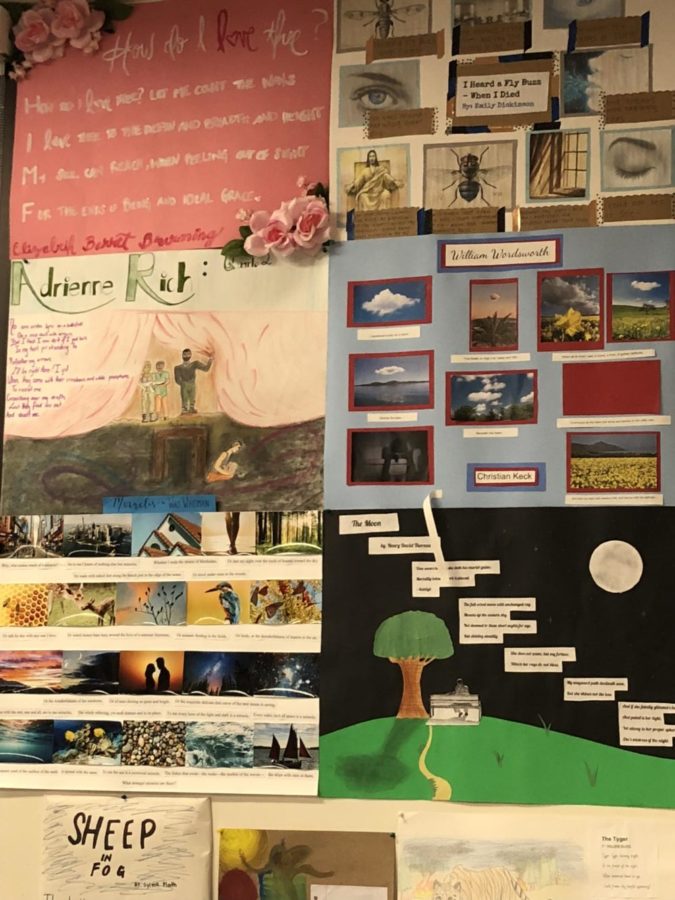 English classes around the nation are infected with the notion that art is an effective way to demonstrate understanding of key concepts. While language can be considered an art of itself, incorporating visual arts into a subject that does not require them can frustrate the artistically challenged.

When English teachers force their students to express their knowledge of a concept through visual constructs, it discriminates against intelligent, hard-working students who are artistically-challenged. A visual which represents a theme, symbol, or concept can be represented just as well, if not better, by a written analysis in which all students can succeed.

The addition of a visual component to an assignment only adds extra work and extra stress to the assignment which was unnecessary by nature. The replacement of written analyses with pure visual art not only makes it more challenging to effectively communicate key ideas, but it makes it easier for lazier students to “fake” their way through the assignment.

Anyone can say that an eraser in their backpack represents a character’s attempts to fix their mistakes, or that it represents the theme of resolutions throughout the story. A project like this is more difficult for those who put effort into it; to physically create a symbol for the book rather than to just identify one is a an advantage for the artistically inclined- a quality that not everyone has.

Art can be a useful addition to any class, even science or math. The problem occurs when students most often identify the incorporation of art in their English classes, which is so much more than the visual aspect which teachers typically emphasize. English language and English literature both have key concepts that can capture the minds of those whose strengths are math and science. It is the presence of creative art that helps to push these students away, who would flourish and have a greater appreciation for English without such one-sided requirements.

Language arts classes are typically presented with a “there is no wrong answer” preface. This is far from the truth, as many students do find a way to present a “wrong answer,” which is why not everyone does well in these classes. English can be presented in a formulaic way, however; even the least creative minds can understand and apply grammar rules.

Other, more interpretive concepts of English can be presented in a similar fashion. Essays are often very structured, and the perfect combination of descriptive words, sentence variation, and literary devices can get an essay to perfection. Literary analysis is writing an essay, but reverse; instead of thinking of this formulaic combination for writing, it involves taking writing and identifying its specific combination.

“I think that although it’s a good representation for those who need that visual to really understand the book, it’s kind of pointless and it does take away from class time when you really could be discussing the important aspects of the book” junior Alex Ruiz said. “If you are not good at art, it’s not going to help.”

When English is presented to students with both a creative and formulaic perspective, more students will be able to apply key concepts. When English so often includes art projects that turn away the artistically-challenged, the information is not properly digested by students, nor is it properly evaluated by teachers. If a teacher’s go-to activity in an English class is an art project, what stays with the student more is not the material they should be learning, but rather the overwhelming laziness and lack of creativity by the teachers themselves.