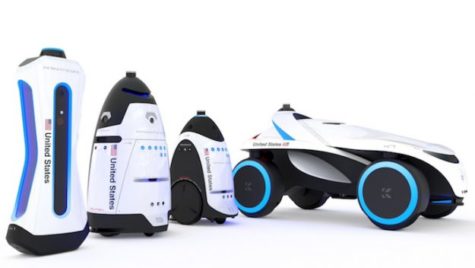 Elon Musk isn’t the only one coming up with the latest technology. Now, better than ever, there is the first every security guard robot. It may be shocking, and some people may be against it, but it opens up an entire new field of technology. This may not be good for the jobs that would be lost but it is beneficial so no person can get hurt. San Clemente High School junior Brooke Lucero said it would be “cool to see this kind of robot in a mall” but it may be concerning because what if the robot identifies a crime incorrectly.

Knightscope, the company producing these new robot security guards, was started in 2013 by former police officer Stacy Stephens. The company was used to prevent the setup of homeless camps outside of a local nonprofit’s office. It autonomously patrols a set area using a combination of Lidar and other sensors, and can alert security services of potential criminal activity.

At a cheaper rate, the robot is significantly less expensive than hiring a security guard. Knightscope, following the newest trend in robotics, is selling services rather than hardware. It leases its K5 security robot for about seven dollars per hour, a price that’s designed to appeal to companies currently paying a person minimum wage to patrol the halls. Junior Conrad Collins said, “I agree with this type of product as security guards don’t do much anyway, a robot could easily replace the position.”

The goal of Knightscope is to design, build, and deploy Autonomous Data Machines (ADMs) which are used to monitor crimes in malls, parking lots, and neighborhoods. Knightscope’s founders state that they started the company in response to the Sandy Hook Elementary School shooting, and hope to prevent future crimes with the help of these intricate robots.