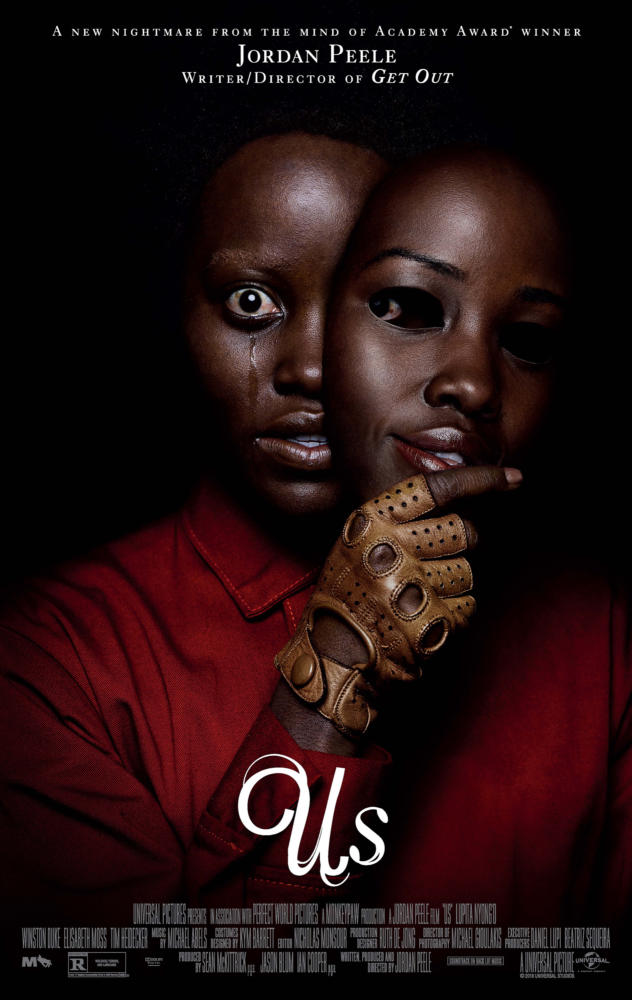 The movie Us recently hit the box offices on March 22, 2019 and has been a sensation ever since. Us is a suspenseful horror movie by director, Jordan Peele, with an underlying message. The movie follows the story of a family fighting for their lives against the “shadow people” in what eventually becomes an apocalyptic society. Everyone has a “shadow”, or a clone, that has been living in underground tunnels and is forced to do the exact same things as their clone. In the height of the suspense, the shadow people ban together in attempt to obtain a real life. The shadows must kill their clones in order for this to happen, creating an apocalyptic or dystopian society.

Us is filled with symbolism and synchronicities that are woven in throughout the entire movie that eventually all fit together in the end. Some theories about the movie state that the movie is titled “Us” because of the U.S. and hints to societal segregation currently happening in the country. However, Jordan Peele still leaves the ending open to interpretation from each viewer, almost as if there will be a sequel.

Despite the sociopolitical statement made by Peele, the movie is ultimately still horrifying. Us is filled with jump scares, suspense, and plays mind games on the viewers. “Its definitely one of the scariest movies I’ve ever seen,” said sophomore, Joe Redd. The movie leaves the viewers wondering about the ending and making their own conclusions as to what really happened in the film. Us opens up room for discussion as the viewers try to tie the loose ends of the film together. Us is not just a movie you see then forget all about, its a movie that will make you think and question new ideas.