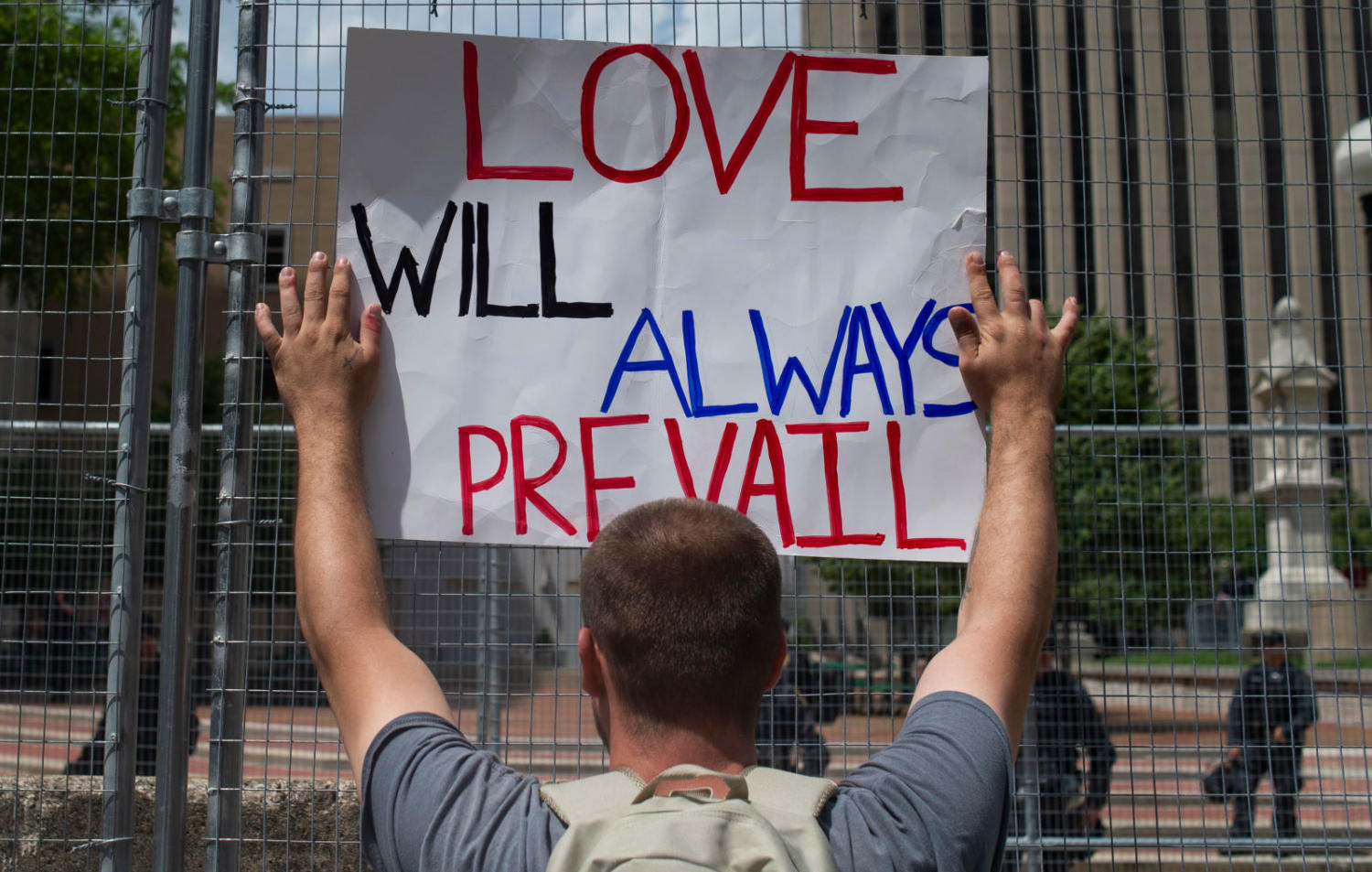 On May 25, all eyes were on Dayton, Ohio. A city otherwise known for being a family-friendly metropolis was the intended meeting place for a Honorable Sacred Knights of Indiana, an infamous KKK group, demonstration. In response to the planned congregation by the KKK, several activist groups, such as Black Lives Matter, announced they would be in Dayton at the same date to oppose this hateful rally. As a result, local law enforcement and security was drastically heightened in preparation for the demonstration. The entire nation feared that the demonstration in Dayton would be akin to the Charlottesville, Virginia conflict in 2017.

While many expected a dramatic confrontation on Saturday, what occurred was quite the opposite. Only nine KKK members attended, despite the fact they were the ones to initiate the demonstration, while over 600 counter-protestors attended in response. University students, Black Lives Matter members, Black Panther members, and church groups all made an appearance, united against the hate being spewed by the KKK. Thankfully, there was no violence or malicious showdown between the two opposing groups, despite the tension that dominated the city. Senior Alex Blackwill is grateful that no violence resulted from the demonstrations. “Witnessing the Charlottesville protests a couple years ago was so sad,” Blackwill said. “There was so much hate there, and people lost their lives because of it. I’m glad that nobody got hurt in Dayton, though, and that the KKK was basically beaten.”

One thing that kept the events in Dayton peaceful was the major security and police presence in the city. Ohio is one of many states with an open-carry policy, which resulted in both KKK demonstrators and counter-protestors threatening to bring guns and other weapons to the rally. As aforementioned, Mayor Nan Whaley made an effort to increase security precautions to ensure it did not become dangerous, especially given the numerous threats; this meant assembling over 350 police officers, building road barriers, and spending oer $650,000 total on other protective measures. Citizens of Dayton all agreed that protecting human lives is worth any price, but, at the same time, were frustrated by the immense cost their city would now have to pay as a result of the bigotry of others. Many are urging the city to force the KKK to pay the whopping cost, but this is not necessarily a feasible option at this point.

Many were truly inspired by the actions that Dayton citizens took on their own accord leading up to the demonstration. Local businesses put out signs deterring KKK members and other bigots, stating that their business was not welcome there. Sam Bregman, a senior at SCHS, was inspired by the way that Dayton reacted to the presence of the KKK in their city limits. “It was actually beautiful how the city joined together and fortified against the KKK,” Bregman said. “It makes me feel a little more hopeful for how people act these days. It made me wonder if San Clemente would ever react the same way.”

It is abhorrent to see the spiteful, disgusting actions for groups like the KKK. What goes hand in hand with these feelings, however, are pride and gratitude when brave individuals and activist groups take a stand. Although what happened at Dayton is certainly not the last time something like this will occur, it is evident now that we can count on our fellow citizens to do what is right.

1 Comment on KKK demonstration outshined by counter-protestors in Dayton