By: Micah Regalado | Editor in Chief

In July of this year, Adam Crespo was charged with the murder of his girlfriend, Silvia Galva in Hallandale Beach, Florida. After a night of drinking, the two started fighting, and in a moment of rage, Crespo grabbed Galva by her ankles and attempted to pull her off of the bed. According to the report, Galva reached for the spear that lay at the foot of the bed while she was falling and after Crespo had turned away, he heard a loud snap behind him. He turned to find his girlfriend bleeding on the ground with the spear impaled in her chest.

In order to help solve the case, the Florida police obtained the Amazon Echo voice recording from the night of the murder and are currently reviewing it for potential evidence. The defense attorney of Crespo has stated that he wholeheartedly believes in the innocence of his client and concludes that the recordings will help clear Crespo’s name.

The continual progression of technology has resulted in numerous conflicts with consumer privacy. In the case of a crime, Amazon has stated that the company will not release any personal information unless demanded under law by the government. Furthermore, Amazon said, “In order for a device to start recording, the user has to rouse the device by saying the wake word, ‘Alexa.’” 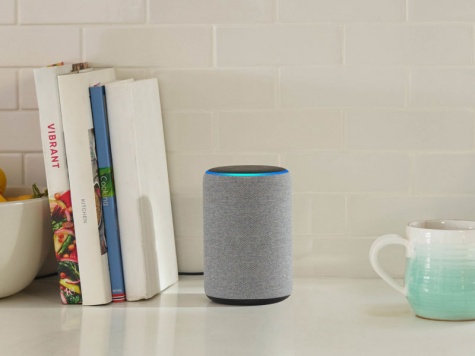 Despite these disclaimers, the public still fear the power that these large technological corporations now possess. “For the people that are not participating in [crime], it is unnecessary and invasive of their privacy,”San Clemente High School senior Macie Brown said. “I always keep my Alexa off so it can’t hear me and just use it as a speaker.” Brown compares the new technological advances to that of Orwell’s Big Brother, stating that it seems now as if there are always eyes on the citizens.

The appeal of speed within everyday activities has reached new heights within society and therefore, companies have tailored their products to accomplish exactly this. Voice-activated devices, such as Amazon’s Echo, embody this sentiment as to find the answer to any problem, one only needs to ask “Alexa.” As a byproduct of this extreme convenience, these devices must monitor the conversations around them, listening for that “trigger” word.

While the situation could be explained as a simple repercussion of convenience, others disagree. “I don’t believe the invasion of privacy to be a natural consequence of a more fast paced life,” SCHS senior Connor Morin said. “Instead, I see it as a consequence of constant interconnectedness and corporations’ desire for marketing data.” Data mining aids advertising companies in showing ads specific to the individual and their interests. Because of this, one’s personal information can be used in order to create large profits.

The natural progression of society, and technology along with it, has raised many ethical questions on one’s true right to privacy. Recording devices such as Amazon’s have forced the courts to reexamine the meaning of the Fourth Amendment and what it guarantees. Amazon’s Alexa has been used in multiple cases to date, including a 2017 double homicide and the Florida murder that occurred earlier this year. Thus, a precedent has been set in which these recording devices may be used to indict a suspect. Yet, the true extent to which this applies still remains undecided today.