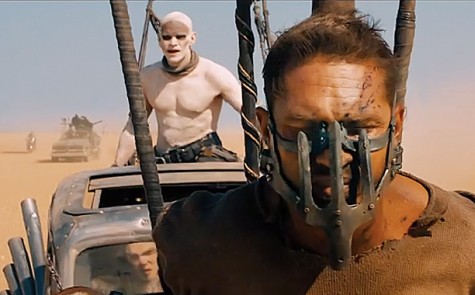 In the spring of 1979, Michael Jackson released his first single album, McDonald’s introduced the Happy Meal, the world premier of Star Trek was held in D.C. , and an Australian film company released the first out of the four, Mad Max.

Originally grossing at the box office, the film  set a Guinness World Record, spawning the sequels, Mad Max 2 ( a.k.a. The Road Warrior ), in 1981 and Mad Max Beyond Thunderdome in 1985. It is now 2015 and after a long 30 year wait, the fourth installment in the series, Mad Max; Fury Road starring Tom Hardy, was released on May 15th.

Set in a dystopian after world and understandably so, most characters are either running for their lives or trying to kill one another. In a blunt scenery where humanity is broken, every living man or woman left must fight for the essentials of life. Two rebels are left trying to reconstruct the system. First is Max, a very quiet man with few words and pursues a peace of mind after losing his wife and child. Second is Furiosa, a woman who believes in recovery of the world as she used to know, and a woman of action, traveling across the desert to the homeland where she was born.

When cult leader Immortal Joe sends Furiosa off in an armed war rig for a resource run( gasoline ) , he sees her drive off route towards the east instead of west. He then sends his entire army in inquiry of her which leads to a drawn-out chase. Joe has these poor people wrapped around his fingers, as they stick to the motto he set “ I live, I die, I Live again “ referring to rebirth, and instinctively kill themselves in battle for Joe. This is when we as the audience find out Furiosa is taking the breeders  ( woman used for the birth of healthy babies, biologically fathered by Joe ) to the Greenland. We later meet Nux, a brain washed war boy with a rather ditzy but strong personality. For an unknown reason, Nux without a doubt was my favored. 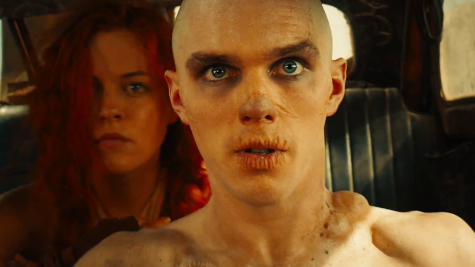 Without seeing any of the other Mad Max movies, I understood what was going on in every scene, even with the very little dialogue given. Tom Hardy did a well-done job of portraying Max Rockatansky, and Nux, played by Nicholas Hoult, kept me on the edge of my seat. Literally. Mad Max was intended to give off an eerie or sinister vibe and George Miller did just that with this film.

From the war boys, the breeders, the war rigs and even grandmas, yes grandmas on motorcycles all the way to Immortal Joe; the creepiest old man you will ever encounter, this movie’s diversity kept me wondering what would happen next and had me confused beyond imagination. Mad Max; Fury Road very well deserved the 98% rating it received world wide.