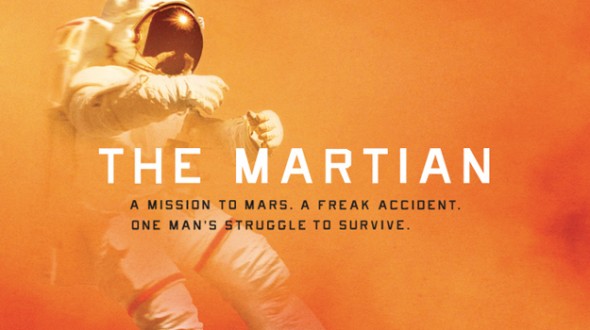 “The Martian”, a movie directed by Ridley Scott, is about the adventure of an Astronaut named Mark Watney (played by Matt Damon) who is abandoned on Mars when his crew assumes he is dead after a storm and leaves him behind.  Watney survives but is left to fend for himself alone on this deserted planet.

This movie is very well thought out, and a major crowd pleaser.  It uses basic science that the average audience can understand, while still being incredibly impressive.

Mark Watney, an obvious genius, knows he has to take immediate action when he realizes he is alone and stranded. Watney spends much of his time alone, trying to figure out how he’s going to grow food, make water, traverse long distances, and communicate with people back on earth. Knowing he doesn’t have enough food to last him four years, he goes to immediate planning.  Being a botanist, he figures out a way to grow potatoes indoors.  He constantly uses the phrase,“I’m going to have to science the sh- out of this”, he comes up with bigger and more brilliant ideas to stay alive including finding the old Mars rover and eventually figuring out how to communicate with Earth. Back home on Earth, they are looking at satellite images of Mars and realize Mark is alive when they notice things are being cleaned and moved around.

The whole premise of “The Martian” is NASA trying to figure out ways to bring home Watney while he is brilliant enough to keep himself alive.  Among the science, there is also a tremendous amount of humor.  Watney makes the most of his trip by listening to one of the other crew members disco cds, which he despises, and watching Happy Days on his computer. Also he is constantly making video diaries, showing his relaxed, hilarious personality even though he’s stuck in the worst possible situation.

With the complimentary mix of comedy and drama, “The Martian” is one of the most ingeniously thought out space movies that captivates you immediately. There is not one moment where you aren’t entertained. It is emotional and logical at the same time and it just might inspire a new generation to admire the stars. More than anything though, it is Matt Damon’s ability to bring laughter and tears which makes this a must see film. There may be similar films out there, but “The Martian” is truly something special.