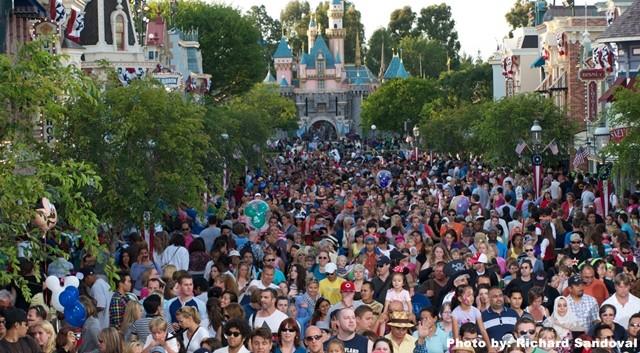 At $75.50 for Southern California residents, and $95.00 for nonresidents, the cost of admission to visit Disneyland is way out of control.

Many families have started to debate whether they will continue to pay the exceedingly high price to enjoy a day at the theme park America has come to know as “The Happiest Place on Earth.” Ticket prices have reached a new high, and oddly, there is reasoning behind the phenomenon.

One reason uncovered is due to demand. Disneyland is simply raising prices because they can. People love visiting the amusement park and will continue to attend. Therefore, adding an extra amount to the prices doesn’t seem too drastic for those who go every once in awhile. For those who are pass holders, even the increasing annual pass price is a bargain if they are going more than 15 times a year. Another major factor contributing to the skyrocketing prices is overcrowding. On its busiest days, Disneyland is known for its extremely long lines for rides, restaurants, and bathrooms, resulting in an abounding amount of complaints. If this overcrowding continues, customers will stop coming, therefore, increasing the prices of tickets prevent as many people from coming since not everyone can afford it, but the increase in price will make up for the loss of park-goers. Lastly, and in addition to overcrowding, after paying $99 for only the Disneyland park, if the customers don’t get to experience as many attractions as they hoped, they will leave disappointed and feel like they wasted their money. By increasing the prices and decreasing the amount of people there, customers will leave overjoyed and feel like they got their money’s worth of rides and excitement.

In the interest of finding out just how this price surge will affect some of San Clemente High School’s students, we asked a number of peers what they thought about the new ticket prices, if this will change their opinion on going to the park, and if so, which amusement park they would choose to attend.

San Clemente High School senior Jake Cameron spoke on behalf of what many people may be thinking by stating, “I think it’s irrational. The prices shouldn’t rise and it will change everyone’s mind on going. Instead, I would rather go to Knotts Berry Farm for about 35 bucks.”

Disneyland enthusiast and SCHS senior Hannah Nowak took Disneyland’s side on this topic and told us, “Well, Walt Disney’s philosophy was to never turn anyone away from Disneyland, but lately it’s been super impacted, so they increased the prices to drop the population. It doesn’t bother me much because it’s my favorite place so I would go regardless of the price.”

Senior Ben Edward proclaimed, “I think that ticket prices are already too high and for them to rise is absolutely ridiculous. This increase will stop me from going to the Disney parks. I would much rather go to Six-Flags due to their drastically lower prices.”

Finally, a current pass holder, and another senior, Sheridan Flynn, shockingly explained, “I do not like the price surge. I would rather pay for a season pass to Six Flags or Knotts Berry Farm that are the price of one day at Disneyland.”