Another crucial win stacks up for the San Clemente boys’ varsity lacrosse team as they played their last home game before playoffs last Friday, April 25th.

Strong offensive shots as well as firm defensive strategies resulted in a low scoring first half from both teams. It became an exchange of point for point. Every point was matched as neither team could gain strong footing to force a scoring gap.

After half time, things started to look up for the Tritons. “We came out ready to play in the second half,” said sophomore Austin Boyer, the Triton’s goalie. “The guys looked out for each other. Defensive men were taking shots and forcing the [Broncos] out. The offense stepped up and ran smoother plays, too.”

By the end of the final quarter, the packed stadium was roaring and the DJ was just as fired up. The Triton lacrosse team was taking shot after shot, determined to keep the point gap. The final score was a welcomed sight after the neck-and-neck first half as SCHS went on to win 11-6.

The last home game win had the Tritons grinning, sweating, cheering, and …is that a victory dance? The victory puts the Tritons at overall 12-4 and league 6-0. They’ll need our Triton spirit for the upcoming playoffs; come out and support our boys! 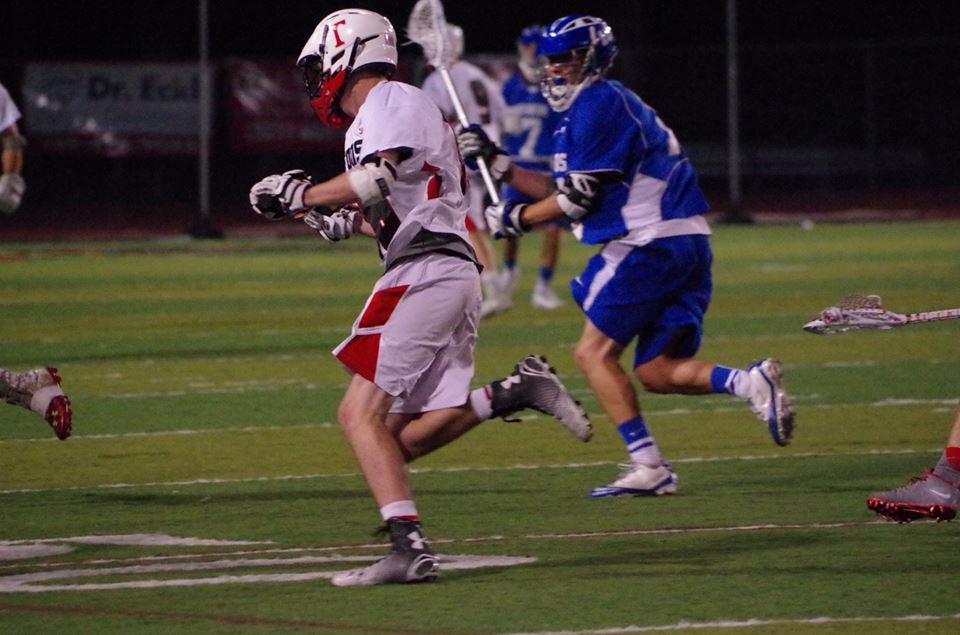 The San Clemente boys’ varsity lacrosse team faced the El Toro Chargers April 3rd at home. An uneven matchup resulted in a final 15-3 Triton victory; it was another welcomed win for the boys’ already successful start to the season.

The game showcased the Tritons’ offensive skill set as, within the first few minutes, two goals were scored. The Tritons had formed a point gap within a matter of moments. The second quarter challenged El Toro to step up their game. However, this burst only lasted one point. In response, Triton senior Peyton Garrett scored two goals, raising the spread to 4-2. Junior Jack Renard was subbed in quickly  and scored another goal just before half time. Both teams’ defense stepped up from there and the rest of the first half goes without another score.

The third quarter belonged to the Tritons as their offense dominated, led by Garrett. “We really came alive in the second half and took care of business,” Garrett said. “We put the game out of reach and were clearly the better team out there.”

The uphill battle continued for the Chargers heading in to the last quarter. The Chargers knew to come back would take a miracle, but it didn’t stop them from trying as they scored the first goal, putting the score at 12-3. The El Toro offense and solid Triton defense resulted in a few minutes of scoreless action.

With four minutes left, it’s Triton ball. Freshman Matt Keany hurls the ball at the Chargers’ cage and scores, pushing the scoreboard to 13-3. Another half-hearted El Toro attack is saved by Triton sophomore goalie, Harrison Webb. The ball is passed back up the field and sophomore Garrett Eslick scores. The clock shows enough time for one last play. The Tritons rush the ball down the field and pass to Alm. With a calculated shot, Torin Alm scores the final point, ending the home game at 15-3.