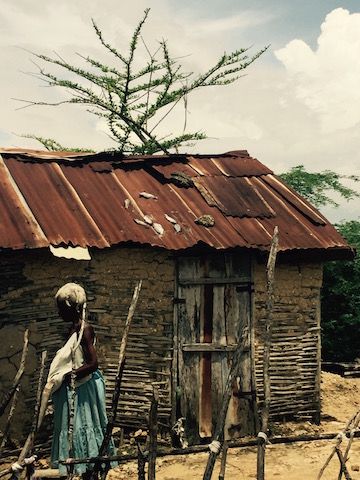 The human tendency for self-absorption and the pervasiveness of disaster clash to form the epicenter of an international epidemic of selective empathy.  In a world choked by constant disaster, it is simply easier to numb its edges with a blurring ambiguity.  The suffering masses have unsculpted faces, their lives all blending into a single narrative of expected strife larger than the individual.

Collective human society continues to hurl itself down the rabbit hole as it refuses to acknowledge  communal suffering in a more immediate and personal way. The struggles of Syrians trapped in a nation that has been gutted by war concocted by both domestic and international opportunism fails to capture the American’s interest beyond the generic news report. The thousands who lost their lives to Hurricane Matthew in Haiti have been forgotten by those who lost their homes on the East Coast.

This chronic refusal to accept that any form of human struggle is universal and of concern to all has allowed the perpetration of an illusion in which the fortunate and rich live lives of relatively few hardships, pioneering global development without allowing the less fortunate masses a stake in this future. The oppressed women of Afghanistan, the children living in crowded cities in India, and the towns subjected to the rule of cartels in South America are merely pawns in a larger story that disregards the individual’s fate. Their plights have been manipulated to serve as agents of chaos both intentionally and ignorantly by deluded individuals and groups in pursuit of narrow-minded goals that fly in the face of the reality that the whole is much greater than its parts. Chloe Patterson, 11, concurs. She notes that “it’s weird that even though there are a lot of horrible things happening in the world  no one really knows about them.”

Haiti is a prominent example of the rich glossing over the ugliness of chronic poverty. Despite good intentions, humanitarian efforts to develop the nation have largely fallen flat. Americans take refuge in the vaguely defined bubble that distinguishes wealth and opportunity from penury and stagnation. Engrossed in their most immediate concerns, America, like other prosperous nations, has simply forgotten the incomprehensible poverty and isolation that lies just a two hour plane ride away from Miami.

Hurricane Matthew ravaged the southern portion of the nation as a Category 4 hurricane. Still healing from the catastrophe incited by the 2010 earthquake, numerous coastal towns were stripped bare and around one thousand Haitians died in the resulting floods  (according to estimates from Reuters). Survivors on the coast were forced inland, crowding cities that were already burdened with weak or non-existing infrastructure. The United Nations fears there will be another cholera outbreak capable of emerging as a national health crisis that threatens to decimate a large portion of its population.

Albeit Haiti is a nation choked by poverty and continued disaster, it remains largely off the global radar. While the property damage and power outages caused by the same hurricane in the Carolinas and Georgia received days of steady news coverage, Haiti was largely reduced to a single-day story largely reduced to a tale of faraway misfortune rather than a pressing emergency that deserved Americans’ true attention.

America boasts the largest military and economy in the world. It is at the epicenter of globalism and its affairs are regularly publicized beyond its borders. Although America’s role as the engine behind virtually all global affairs makes this reality understandable, it is paramount to remember the specter nations- those such as Haiti and other third-world nations subject to silent suffering.

These nations, plagued by crumbling or intangible futures, deserve the same caliber attention America receives if the world wishes to genuinely advance a prosperous global community. By letting these “forgotten countries” crumble to the earth, the world opens the door for a chaos that, in today’s increasingly globalized community, has the potency to infect other similarly oppressed and struggling people. This chaos gives way to desperation and malignant societal cancers such as terrorism that have plagued disregarded middle eastern nations and forced mass migration. Poverty and lack of opportunity of the breeding grounds of chaos, and it is the responsibility of people blessed by circumstance to honor the danger of such a situation and regard it as worthy of attention. Chandler Horton, 11, says “Countries like Haiti need attention so that the situation doesn’t get worse and having a negative impact on other places.”

Human fate transcends borders; the human future is determined by everyone, whether the global hierarchy grants them visibility or not. Thus, if a happier and more self-aware future is desired, one must consider the pressing problems of those who have been lost in the frenzy of modernization.

While modernized nations may be the monetary and martial foundation of the world, these forgotten places drive its soul. As the world prides itself on the increasing sophistication of “civilization,” it must not forget the silenced masses, who, if gone unheard, will be vulnerable to the formation of  a global  ruling class that exploits rather than nurtures, silences rather than empowers, and divides rather than unifies.

This is not a cry for government interference; rather, it is a call for the development of empathy and awareness among the people themselves. Helping these exposed nations stand on their own is a step towards a more harmonious international community in which oppression has less of a foothold. This is a step the world must be willing to take.