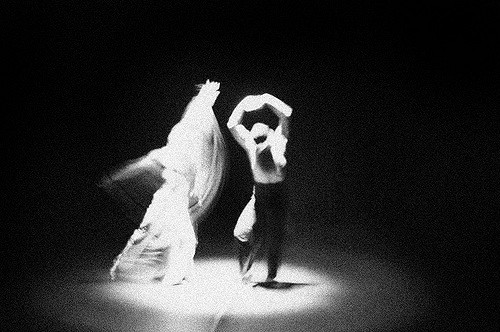 By: Hailey Griffith | Writer and Photographer

Rain was singing it’s song against the window. A blanket was wrapped around her shoulders, as were his arms. The two of them sat and watched the rain fall and dance. The lightning making quick guest appearances, and they were listening to the thunder sing with the rain. Every so often, she would jump at the surprise of thunder, coming back from dozing off. His arms would tighten around her each time. She fell deeper into him. He remembered the first time he held her. She remembered their first thunder storm together. Both of their minds went to the thing they always said to each other, “Grow old with me, the best has yet to be.”

“Do you want something warm, sweetheart?” He asked her in the soft voice he reserved just for her. She nodded and snuggled further into her blanket to make up for the absence of his warmth. He got up and walked to their kitchen, on the way he stopped to pet their dog, a strong-willed, male, gorgeously colored Husky. The man softly ran his hand over the dogs head and scratched behind his ear, and smiled when the dog let out a sigh of contentment. The man continued to walk to the kitchen to make his love a hot chocolate. In the kitchen, he made it with milk, sugar, and cinnamon. Of course he added extra chocolate, never forgetting her sweet tooth. From his place in the kitchen, he heard her talking to the dog in a soft baby voice, calling him “her good boy”. He heard her giggle and already knew the dog has licked her cheek. Finally, the drink was done. “Oh sweetheart!” He called as he walked from the kitchen back to the couch. The dog had moved so he could return to his spot.

“Thank you,” she said softly to him, as she took the giraffe mug from his hands. Her tall and strong, stubborn as a mule love of her life had the guts to carry a giraffe mug for his girlfriend. He fell back into place, and his warmth was returned. She blushed and nuzzled into him with her mug. He leaned down and kissed the top of her head. She magically pulled a remote from somewhere within her sweatshirt pocket, and music filled the room. He cocked his head and looked at her with a questioned look. She leaned up and kissed his chin before standing up and holding her hand out to him and saying, “Would you like to dance with me?” Thunder rolled following the sound of her voice.

Mesmerized by her, he stood and took her hand, pulling her as close as possible to him. She nuzzled into his chest and wrapped her arms around his neck, just as he wrapped his arms around the small of her back. The swayed together, both of their minds going to the first time the met, their first kiss, their wedding, and all of their other firsts. The lightning flashed, and in a blink of an eye they were an old married couple. Their entire dance, was a memory of growing old.