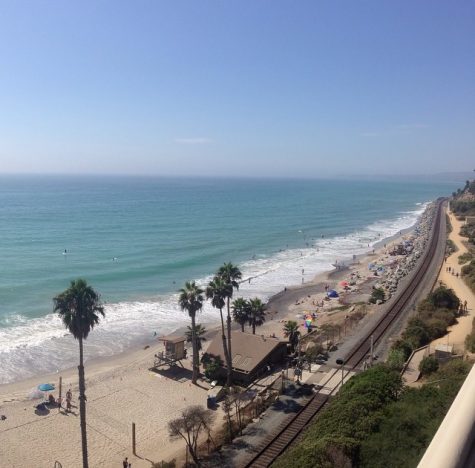 After 15 years of federal planning, new sand is near for the beaches of San Clemente. This sand is planned to be placed over two-thirds of a mile of San Clemente’s beaches, which have been grinded down to rocks by waves, weather, and machinery. These plans are approximately two years away from being put into action.

Sponsored by the Army Corps of Engineers, the plan would use 251,000 cubic yards of sand which would be dumped from Linda Lane Beach to the public bathrooms at the south end of T-street. Since 2001, the city has been conducting studies and conceptual approvals with the Corps of Engineers.

Entering the two-year design and environmental phase, city officials are starting to look at a more affordable option. This plan’s price tag is nowhere near the astronomical $11.3 million price of the federal plan.

This smaller plan could be put into action this fall. If city council is able to manage and allot its money, our beaches could be rich with sand once again; the sand for this project would be replaced at North Beach and/or Linda Lane. Excess, beach-quality sand is planned to be dredged out of the bottom of the Santa Ana River. Moreover, if the city pays for transportation and placement, the sand will be offered for free. However, this is not the first time that the city has received sand from the Santa Ana River.

In 2005, the city collected 5,000 cubic yards of sand from the riverbed, which cost $191,000. Many beachgoers complained that the sand was not of beach-quality, and contained too many rocks and pebbles. Officials responded that they will have much higher standards for the project this year, if it occurs.

Although the project seems like an unreachable dream, an end is near. According to Tom Bonigut, San Clemente’s Deputy Public Works Director, sand dredged from offshore could be placed sooner than we believe. Bonigut believes it is quite possible that placement could begin late 2018 or early 2019. This placement will extend San Clemente’s most popular beaches by 50 feet, allowing much more room for beachgoers.

Many students at San Clemente High School, such as senior Jensen Crary, desire a larger beach. Crary is an avid beachgoer and surfer. However, he believes that, “with the increasing amount of people at the beach every summer, we are really running out of space on the sand. Everyday at Lost Winds, my friends and I have to arrive early for an area of beach with decent sand.” He also fears that the erosion is going to be so great that Lost Winds will lose its three volleyball courts, like North Beach lost its one.

The lack of sand is not only affecting the beach, but also the waves. Sand is being pushed up the beach to create a berm and barrier. However, this pulls sand away from the ocean as well. “The waves are getting worse, and it is because of the lack of sand on the bottom,” said junior Jaric Fink, a member of the surf team. “Without sandbars, the waves are not hollow and have no power, but that is what we need to produce the amazing surfers San Clemente has in the past.”

The solution to these problems will take place over a 50 year plan. Replenishment of the sand would take place every six years, or as needed. For the first sand replenishment, which would cost $11.3 million, the federal government would pay $7.3 million and the city would pay the $4 million remaining. However, the city is looking for a grant from the California Department of Boating and Waterways, which will hopefully shoulder  80% of the cost.