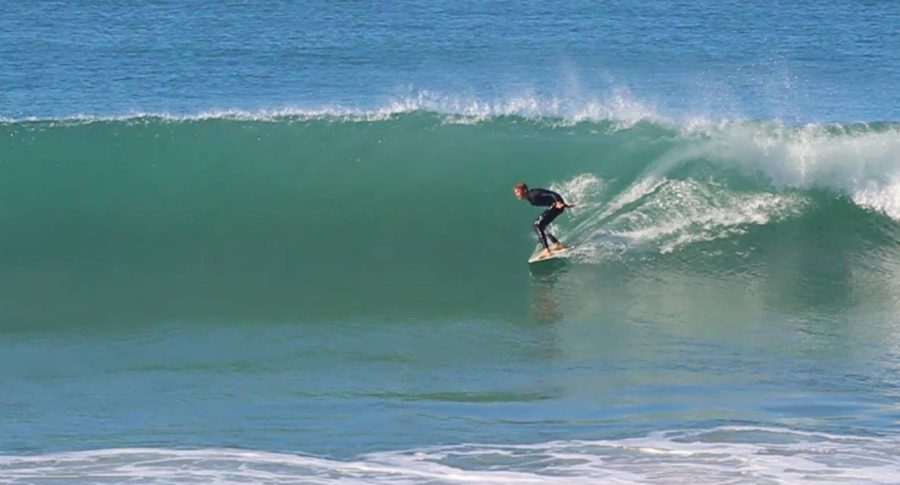 I had surf class to get me through those days. Surf Class serves as an excellent way for students to establish a core group of friends while staying active, earning their PE credit, and ultimately becoming more connected with our oceans.

Now, I never truly got into team sports, such as football or soccer. However, since I first really learned about them, I had always been really into water-sports of all kinds, such as surfing and skimboarding.

Before I had even learned to surf, I taught myself to skimboard the steep slopes of Laguna Beach, on a $40 wooden board my mother bought me from Walm 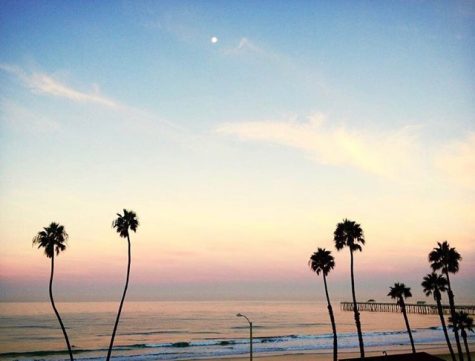 art. As my skimboarding skills developed, competing in several contests, and putting out quality videos with my friends, I knew I should probably learn to surf to become a true all-around waterman. I had started to surf on a regular basis, but it wasn’t until surf class that my love for the sport was truly solidified.

Each morning of freshman year, I spent first period at the San Clemente pier with all of my friends, sunny or cloudy, warm or cold, surfing for P.E. credit. I was not near the caliber required for the Surf Team, and felt the class as a relaxing alternative for free-surfing rather than competition. Each day, I progressed a bit more, riding waves on a Costco Wavestorm like the barnie I was. My most vivid memory is being caught inside on what seemed like the biggest wave of my life. A moment like this is something I will never forget and helped define the earliest days of my relationship with the ocean.

Nothing could top Wednesday 1-3-5 block periods, which consisted of two hours of surfing, followed by Bagel Shack tutorial. Slowly, as the days went on, I began taking bigger waves, establishing myself in the Pier Bowl lineup among the other Wavestorm-ers. However, my passion still belonged to skimboarding and my skimboarding practice began to decline due to my surfing practice. I strived for a way to combine the two.

My friends and I used to watch some of the best skimboarders do something called “skurfing.” I like to define that as a sport of transferring off a softtop surfboard onto a carbon fiber skimboard on a wave too far out to catch normally from shore with a skimboard. As our skimboarding and surfing skills progressed, we thought to ourselves, “Man, we can do that.”

And so what better time to try it out then a perfect 3-4 foot swell Block Day at the pier. A nice high-tide slowed the interval between sets, making it manageable to paddle out with a Wavestorm and a skimboard on top, both with no leash. Paddling out is probably the most stressful part; you don’t have a leash on because ultimately you’ll be jumping off one board onto the other, so you really want to make it out before a wave comes, because it’s not easy getting over a wave with two boards without losing them. After barely making it over a set wave, I was out, and tried to catch my breath.

I isolated myself in the lineup, not only because of the dirty looks I was receiving from peers who considered me a kook and probably thought I was doing something kooky, but also because I wasn’t sure of my own ability. I had only been practicing this for a few weeks and consistency of making it onto the skimboard wasn’t 100%. These carbon fiber skimboards are really sharp on the rails and I feared that if I were to fall in a crowd of surfers, someone was going to the hospital.

So I waited for my first wave and a nice little peeler rolled in, and I paddled hard with determination, got up on the Wavestorm, ran to the nose, and stepped off quite cleanly. I slid on my skimboard off the Wavestorm and onto the glassy right, immediately hitting the breaks and pulling into a hollow closeout barrel. That was a great moment of relief.

After you catch a wave on the skimboard, your Wavestorm floats out there, waiting for you, and you have to paddle back out to it on a skimboard before a wave takes it in. Just as I feared, a wave started rolling in, but a fellow classmate, a younger brother of a very famous skateboarder, saved my board from being washed in. I paddled up to him and thanked him, an
d I remember clearly, his words, “No problem man. That last wave was so sick.” To have such a talented board-rider say those words to me meant a great deal.

I proceeded to catch waves all block period on my skimboard, shocking and impressing other classmates who had doubted me. That morning, I truly felt I had established myself as a waterman; I felt like I proved myself to a crowd of people who had previously believed otherwise.

There are many other stories like that from both surf class and the ocean alike, and it only goes to show how magical those mornings could be.

The following year, I took up surf class again to fulfill my two years of P.E. credit, taking zero period instead, being out in the ocean to watch some of the most insane sunrises I’ve ever seen. That year, I transitioned from soft-tops and longboards to riding shorter, more high performance surfboards of various styles. I began to take bigger waves and continued my progression. As a skimboarder, we began to release weekly videos of us skimboarding and “skurfing” alike, and these videos honestly began to blow up on the internet. Our most acclaimed video, “Winterbreak,” which received 10,000 views over the first two days of it’s release. I remember the day after I published it, all of my friends were watching it at school, giving us positive feedback and stoke. That video not only further established my friends and I as good skimboarders, but it also brought me legitimacy from the skimboarding community as well, getting love from some of the best in our sport.

To sum it up, surf class truly defined the first half of high-school for me and I would go back to it in a heartbeat. Sure, some mornings were miserable, with terrible waves in freezing cold water, usually in February. It was moments like these, however, that made the better days so much better. That really stands as a true lesson in life.