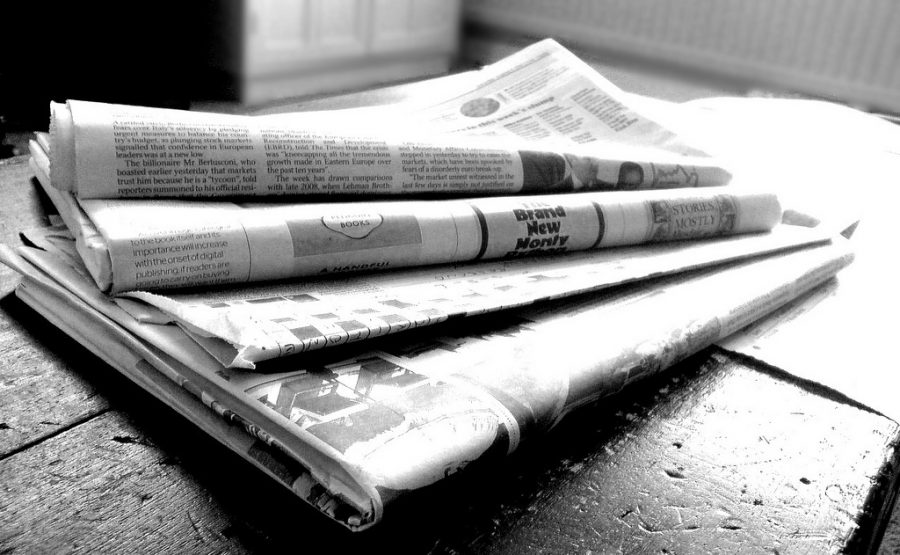 Republics are reliant on the people. An uninformed public is likely to make decisions capable of causing chaos and confusion deadly to a “free” society. Therefore, information and education are vital components of any successful product of the democratic world. The media has long been heralded as the bridge between the people and the complex issues that confront the present and future of America along with the rest of the world.

The media’s responsibility is to wipe the glaze of ignorance from the public’s eyes and thrust forward the truth, for better or worse. The media was responsible for winning northern sympathy for civil rights activists suffering under Jim Crow in the South during the 1960’s; the media was also responsible for exposing Nixon’s backroom political dealings in the infamous “Watergate” scandal. In other words, journalists have played an important role in shaping the nation’s direction and popping the bubbles many find refuge in.

Despite past importance and reliance on the voices of journalists like Walter Cronkite and Edward Murrow when the nation was in the throes of world-altering armed and ideological conflict, the media today is seen as little more than sensationalism that abuses rather than honors its power to determine the lens through which the public views its affairs. Katina Gabriel,11, notes, “I think media distrust has been around a long time. It’s only gotten worse.”

President Donald Trump’s election utilized sharp criticism of the media as a campaign tool. His Twitter timeline was dotted with tweets lashing out at established publications like New York Times, Washington Post, CNN, and others that criticized him. Many of Trump’s base eagerly adopted Trump’s antagonism towards the media and disregarded all unflattering stories as a liberal narrative with the malicious intent to sabotage Trump.

Nonetheless, resentment for the media extends beyond Trump’s confrontational remarks and his supporters’ distaste for what is perceived as coverage excessively influenced by political correctness. According to a September Gallup poll, only four in ten Americans trust the media, an all-time low. This trend can be attributed to the growing partisanship of the media, with networks’ coverage drawn increasingly upon liberal or conservative lines. (FOX or NBC, anyone?)

The majority of stories have an implied opinion and are written to appeal to a certain ideological mindset. Like all industries, news must captivate the people. In an age in which simply reporting events does not excite or entertain, news companies are vying for other ways to retain revenue by turning towards new forms of entertainment. Immediacy trumps reliability in a day and age in which it can be difficult to discern a news piece from an op-ed. Katee Fairon, 11, laments, “I have to be more cautious about what I watch on TV now especially when it comes to politics and important news stories.”

The prominence of opinion in news, coupled with the ugliness of the election cycle, created a catalyst for____.  Facebook, a social platform that hosts 58% of roughly 300 million Americans, became a breeding ground for fake news stories. Among the most popular headlines were “Pope Francis Shocks the World, Endorses Donald Trump for President, Releases Statement” and “FBI Agent Suspected in Hillary E-mail Leaks Found Dead in Apparent Murder Suicide.”

These stories had approximately a million hits. While it’s impossible to acquire data gauging fake news’ true impact on the election outcome, the increasing mainstream normalcy of lies and exaggerated claims in journalism blurs the line of what qualifies as “real journalism” and what is worthy of the public’s trust.

As the media loses its reputation as the incorruptible protector of the truth, it loses its power to check the influence of the less transparent parts of society. Corruption now has the upper-hand as the media’s coverage can be easily dismissed as lies or prejudice. Formerly the investigator, journalists have now become the investigated. As scrutiny heightens, many see the media and long-distrusted politicians as components of the same machine. Fake news is a problem in that it undercuts fundamental journalistic principle to tell the truth, and therefore the role journalism actually plays in maintaining a healthy society.

If President Trump’s senior advisor can dismiss a Press Secretary’s falsehoods with as vague and illogical a tactic as relying on “alternative facts,” it may be a long while before sincere and responsible journalism and information belong to the American public once again.