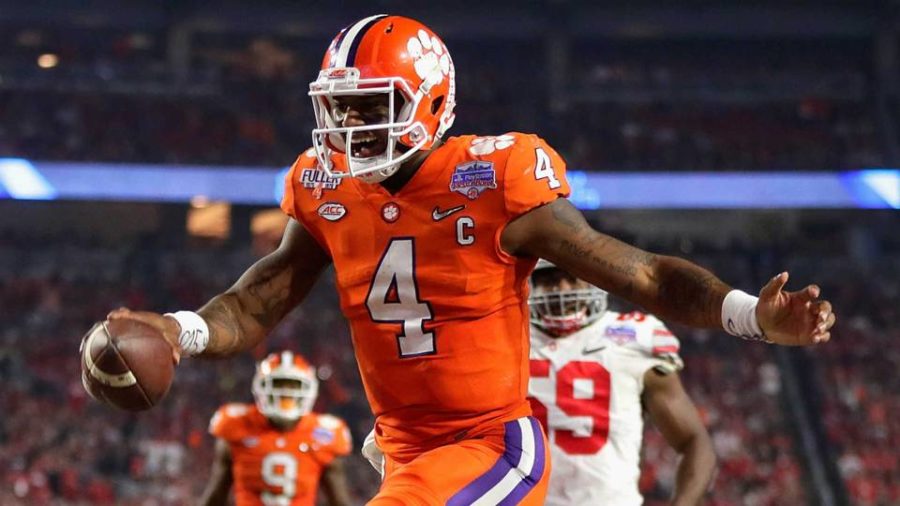 Heading in to the National Football League draft on April 27-29, rumors fly on what players will be drafted and where. All 32 NFL teams will be vying for the highest draft grades in order to improve their teams for next year.

Below is the second edition of my mock draft, with notable riser including Clemson playmaker and quarterback Deshaun Watson going 2nd overall to the 49ers, to help with new offensive-minded head coach Kyle Shanahan.

Trubisky & Foster switch: I switched out Trubisky for Foster because the Bears have always been a defensive minded team. So I believe that the Bears will try to strengthen their defense before they try to fix the quarterback situation.

Cook & Thomas switch:  The Jaguars won’t need Dalvin cook when they already have the one two punch from T.J Yeldon and Chris Ivory. So grabbing Solomon Thomas would benefit a winning formula for the Jaguars.

Corey Davis Sneaks Into The Top Ten: The Bills would end up getting Corey Davis for the tenth pick because if you give Tyrod Taylor another big bodied receiver to throw to will make for devastation for opposing defenses but this also includes that if Corey Davis becomes an immediate threat.

Mike Williams Moves to Number 5: The Titans would take Mike Williams because with his big frame and speed is a no doubt cornerback nightmare. He could give Mariota that edge to bring the Titans closer to the playoffs. Unless the Titans decide to trade their pick for a wide receiver that matches that standing like an A.J. Green or a Martavis Bryant.