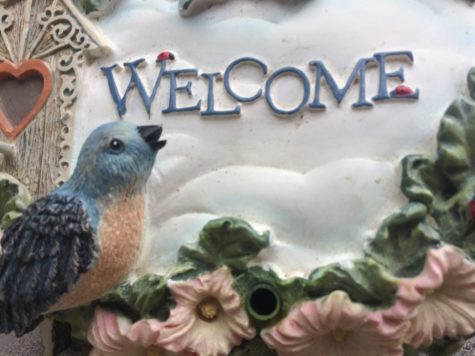 My brother Gainsborough had persisted to the rest of us in the nest that he absolutely hated his wings. Unlike us, he had been born with a pair that was not exactly made-to-measure. For they were far too small in constitution – even for infant willow wrens like ourselves – which protruded out from his flanks rather than folded down over them, making him look like an apple on its side; and for this he was rebuked by the jeering sparrows and grouse, being called such names as “strange fruit”, “amputee”, and “gaudy gourd”. Therefore, Gainsborough came to loathe his feeble little vestiges, deeming them useless and saying that he would have been better off with none at all.

To this, his sisters Gwendolen, Ambient, and Jordan, and of course myself – his only brother – expressed that he ought to embrace the facet of his wings for what they were, no matter how incongruous they seemed to him. Gwendolen related to him that with them he could travel out from the Thames Valley to far off lands like Australia, China, Egypt, and South Africa, providing a splendid change of scenery.  Ambient said that he could track down a mate with them effortlessly, for he had no voluminous plumage of his own, but these would work just as well. Jordan professed that he could easily navigate through the particularly inextricable brush of the wood, as his little wings were not as officious as ours. And I simply told him that with them he was the most unique looking bird in all England, keeping a feign sense of confidence as I said this, as my enthusiasm for the subject was all but nil. However, being overwhelmed with these multitudinous possibilities, Gainsborough contemptuously dismissed them, stating that he’d sooner have them clipped than having to look a fool all round the world, and we all dispersed throughout the nest, a little frightened at our brother’s sudden objurgation. Little did he know that he would have to learn to use his wings, for Mother would teach us all to fly the following morning, and she had every intention of seeing to it that we all got out of the nest.

The next day, Mother had gathered us all round the center the nest and said that today we were all to fly. Our course was very simple; we were to propel ourselves from the old willow that served as our home to a newer, healthier looking beech tree that lay just across from us. My sisters and I were all chirping excitedly at the prospect, but Gainsborough was a trifle apprehensive, not making a single sound. And soon enough, Mother was ready to push us one by one out of the nest with her great beak.

First was Gwendolen, who fell about halfway down before she began to flutter feebly upward, making it to the beech with ease. Then Ambient, who struck herself up three quarters of the way down and flapped feverishly over to the beech, alighting upon it successfully. After that was Jordan, who took up flight a quarter of the way down and picked up with rapidity, landing across with the rest of her sisters in hardly any time at all. All the girls learned to fly; now it was time for the boys.

I was next, and flew all the way over to the beech without faltering the least bit. Finally came Gainsborough, who the girls and Mother had every bit of faith in, though I could see his obvious displeasure in the endeavor. Needless to say, it was found out that somehow Gainsborough secretly clipped his wings in the night, and, naturally, after being pushed with mother’s big beak, he fell straight to the ground and lay there languidly. Mother and my sisters all chirped incessantly, imploring him to get up, as if oblivious to his clandestine mutilation. However, try as they might, they simply could not cajole Gainsborough to stir.

In truth he seemed oddly happy to be in such a dismal state of affairs; he didn’t even notice the minute rivulets of shimmering crimson gushing out from the small stumps that used to be his wings. As the girls and Mother – for she thought him every bit capable of saving himself – chattered in lachrymose supplication, Gainsborough flashed an infinitesimal smile across his face; he would be deprecated no longer. And then a fox leapt forth from the bushes onto the place where he lay and ate him up in a single gulp.