Looking at the numerous games I’ve had the pleasure of enjoying over the past couple of years, Fallout 4 is one of my personal favorites next to the new Doom reboot and Shadow Warrior 2. In fact, I’ve always had a soft spot for the Fallout series and considered it to be one of the more unique game series out there on the market. It has charm, and thankfully, that charm still persists even after almost two years since Bethesda’s (the company that created all of the Fallout games) last release in the franchise.

Obviously though, it’s still going to be a while until the next sequel will be released (after all, it took five whole years to make Fallout 4), so in the meantime, Bethesda is attempting to satiate the fans’ thirst through a variety of hit-or-miss announcements. There’s the hilariously scathed “Creation Club” micro-transactions system (which had been panned by probably every fan in existence), a promising VR version of Fallout 4 (which is unfortunately tailored to only a very specific audience–obviously), and our main topic of the day, Fallout 4: Game of the Year Edition. Of course, it’s not really “Game of the Year” anymore considering how it came out back in 2015, but that’s beside the point.

The main point being is it’s brand new re-release of the game, with all of its DLC included. However, is it worth the new price tag of $60? Well, allow me to answer that question, Sonny Jim.

Obviously, I should talk about the main game itself. Fallout 4 is an entertaining game, to say the least. In fact, there’s so much to talk about that it’s hard to know where to begin, I guess its basic premise is a good start. The game takes place in a retro-futuristic America, the date is October 23, 2077. It seemed like an average morning when suddenly, catastrophe strikes: Nuclear Detonation. You and your family manage to escape the grasp of the blast by taking cover in a nearby fallout shelter. Now I’m not going to spoil much about what happens from then on, but I will reveal that you end up waking up two hundred years later in the vault somehow. Once you escape, you return to the surface world, only to discover that everything had collapsed and that civilization is now in ruins. Welcome to the Commonwealth wasteland.

From here on out, you’re basically allowed to do anything you want, whether that’d be exploring your ransacked neighborhood, building a massive fort, or going on a bloody killing spree. Basically, you play how you want to play, whether or not you’ll pursue the main quest-line is completely up to you. Speaking of quest-lines, being that Fallout 4 is an RPG (Role Playing Game), you’ll be given plenty of things through quests, both big and small. You’ll also be given plenty of things to shoot since that’s basically the other half of the game in a nutshell.

In fact, it wouldn’t be surprising if the combat is your favorite part of the game since Fallout 4 boasts so much over-the-top violence. It almost feels like you’re in a playable version of a movie directed by Paul Verhoeven. Not only that, but there’s an expansive settlement building system that allows you to build your own houses and forts, so if you enjoy that sort of creative gameplay, go crazy. Overall, there’s just so much freedom to do in Fallout 4 that I simply can’t list them all. However, with all that being said, it’s such a shame how Fallout 4 feels like it’s a jack-of-all-trades, master of none sort of deal at times.

While the combat feels pretty spot on most of the time, it does have it finicky moments. Same goes for the role-playing aspect of the game, although it’s enjoyable for the most part, and it does have a pretty groovy story-line, a lot of the quests feel very linear and repetitive. There are a lot of grinding quests, and whenever you do get a quest that does break the monotony, it’s incredibly one-sided, meaning that unlike its predecessor (Fallout: New Vegas, Fallout 4 often times has a very obvious right or wrong path and more often than not, you’re forced onto the right path by the end of things. However, do all of these problems overshadow the game? Not by a long shot.

As brought up earlier on, Fallout 4 Game of the Year Edition comes packed-away with all of its DLC (Downloadable Content). Now here’s where it gets interesting. Similar to Bethesda’s current marketing approach, they were mostly hit-or-misses. Some of the new content was simply add-ons that gave you extra building parts for settlements while others were brand-new areas to explore, complete with new quest-lines.

The first DLC in the lineup is Automatron. The plot basically goes that you discover a wrecked-caravan, with the only survivor being a robot named Ada. From then on, you can choose to accompany her and avenge the death of her creator against the “Mechanist”, a new nemesis of the Commonwealth. Automatron is probably one of my favorites for two main reasons. The first being that it actually has an enjoyable quest-line with a rather satisfying ending. The second reason being simply: It allows you to have the most hilariously overpowered companion in the entire game. Being given the ability to create your own custom robots as a part of the quest-line, you can build your own robot slave to carry all of your junk and slaughter anything that gets in your way. No joke, the first time I played this, I ended up turning Ada into a massive death-tank armed with dual gatling lasers.

But all-in-all, it’s certainly a decent DLC entry. I had fun.

The second DLC is Wasteland Workshop, which, in a nutshell, is a useful stuff pack for your house. Out of all the stuff pack DLC, this is probably the best since it actually gives you useful stuff to use. These things would include a radiation shower, an extremely powerful power generator, and cages that allows you to capture wasteland creatures, giving the player the ability to make his own gladiatorial arena.

So in short, if there’s any stuff-pack related DLC you need to purchase, it would probably be this.

Our third DLC for the game is Far Harbor, which is arguably the best DLC for the entire game. The plot is basically about you and a detective named Nick Valentine going out to search for a missing woman. Long story short, the trail takes you to a highly radioactive, marshy island inhabited by three unique factions. I won’t spoil much since it would ruin some of the shock and curiosity that you may have. The reason why most people love this DLC out of the rest is because it actually addresses one of the main problems listed earlier in the article. Far Harbor’s campaign is incredibly intricate, touching on ethics and questioning what is the right choice. It also has numerous endings, all of which are no-less wrong than they are right. It’s quite refreshing to be morally-challenged, and I welcome that dearly. Finally, the environment itself truly highlights the “wasteland” aesthetic of the world with its heavy uses of sickly green colors.

If there’s any DLC you need to purchase, it would probably be this.

For our next DLC, we’ve got the Contraptions Workshop. It’s another stuff pack, but this time it gives you very niche objects that odds are, you’d probably never touch unless you have way too much free time on your hands. It adds in new things, such as elevators, conveyor belts and all other sorts of machinery. Although it does give you some useful objects to build with, Contraptions Workshop is a fairly useless add-on for the most part unless you’re really interested in building the perfect settlement.

Honestly, I wouldn’t bother purchasing this if you were to buy this separately (But thankfully not since this is the G.O.T.Y. edition we’re talking about here).

Fifth in line is the Vault-Tec Workshop DLC, an odd hybrid between a quest and stuff pack DLC. Similar to that of the Automatron DLC, it takes you through a new miniature questline that by the end of it, you’re able to build your own custom vault, complete with dwellers and all of the attire that you’d expect. This pack is rather interesting for the most part. The questline is certainly enjoyable since you’re allowed to perform experiments on your dweller with an assortment of new equipment. But in the end, it’s nothing really I’d write home about. I mean sure, making your own vault is neat I suppose, but there’s not really much you can do with the new things they give you for settlement mode (That is unless you end up building a massive gym or casino or something like that).

Similarly to Contraptions Workshop, I probably wouldn’t buy it separately unless it was on sale.

And finally, the sixth and last DLC for Fallout 4, Nuka-World. I must say, this is certainly up there on the list next to Far Harbor. Not only does it showcase a massive new world complete with an assortment of uniquely styled areas (imagine Mad Max meets Disneyland, but instead of Disney it’s an off-branded Coca-Cola), but it actually allows you to be the bad guy for once in the game. Remember when I mentioned that Fallout 4 is incredibly one-sided? Well, this changes everything. Instead of you being everybody’s savior, you get to be the bad guy. You can rule over several raider groups and control everything that goes on in the park as the top dog. Not only that, but you can raid your own settlements back in the Commonwealth, and even capture people as your own slaves. Yeah, it’s kind of messed up, but that’s the beauty of this DLC. You get to do the thing you would have never been able to do in Fallout 4.

Considering how much this DLC has to offer, I definitely think it’s one of my favorites and is definitely worth a play (Not to mention you get to piss off Preston Garvey for once).

So in conclusion, is Fallout 4 Game of the Year Edition worth the asking price of $60? Yes, because not only does it half the cost of purchasing the base game by itself, and its DLC separately, but it’s an absolute blast to play through. Believe me, if you want to relax after a hard week at school, this is the game to play. Take it from a guy who’s literally spent 285 hours playing, there’s just nothing quite like exploring a nuclear wasteland, shooting up mutants with tunes from the ol’ 50s blasting out of your Pip-Boy. And the best part? If you ever get bored of the game, there’ll always be mods to spice things up. I wouldn’t be surprised if people still played it ten years from now supposing that Bethesda doesn’t ruin their image with that blasted Creation Club…

All-in-all, despite the score appearing low here, I would definitely recommend this to any gamers out there reading this review.

You can actually purchase the game right here!

If you’re curious in seeing any more of my screenshots I’ve accumulated over the past two years, click here!

What did you readers think of the review? Please, write down in the comments below what you’ve thought of Fallout 4.

And remember: Prepare for the future! 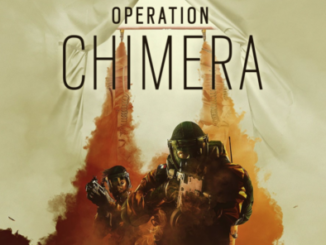 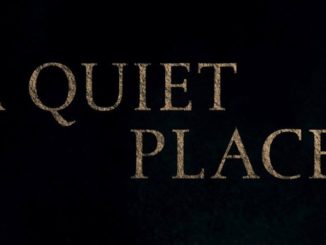 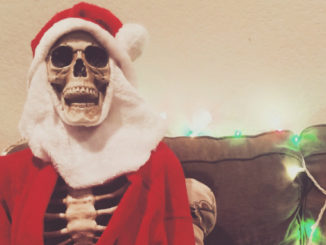 5 Comments on Game Review – Fallout 4: Game of the Year Edition