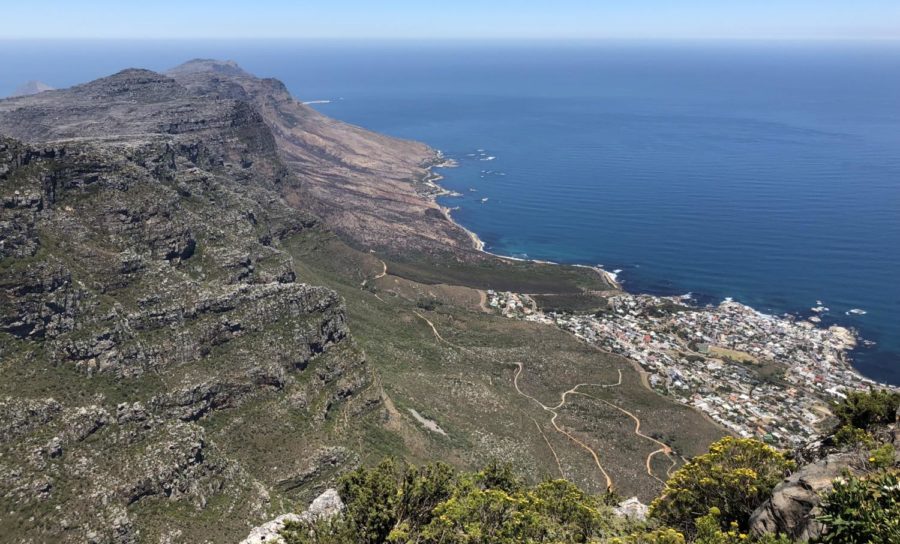 This winter break, my family and I took a trip to South Africa. For three weeks, we explored this beautiful country, but we very quickly learned that it is very different than ours. Below are a few of the good and the bad things about South Africa:

First off, South Africa is beautiful. Many of the tourist attractions that my family visited were those involving aspects of nature. I 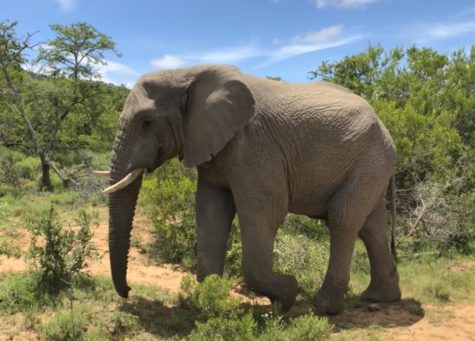 think the best thing we saw was what is called a “game farm” named Pumba. It is what most people would consider a “safari.” We saw all kinds of animals up close (in a protected car of course), including three of the “Big Five”, which includes lions, elephants, rhinoceros, leopards, and the Cape buffalo. We were extremely close to almost all of the animals, as shown in a few of the pictures, and it became quite terrifying. My family and I went to Robben Island, an old prison used for political prisoners during Apartheid, a system involving government created racial segregation from 1948 to 1941. It is an island just off of Cape Town, and although there were a lot of prison cells and houses on the island, it’s views of Cape Town were remarkable. We also went up Table Mountain via the cable car, and it led to an amazing view of the Cape of Good Hope. The sights we saw while in South Africa were incredible, and it is truly a beautiful country. 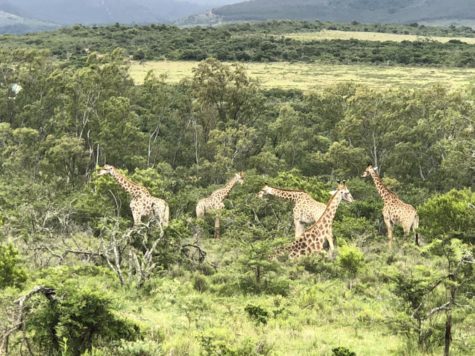 Lastly, food is far more natural, as well as more reasonable in portion, in South Africa than in America. Where food here comes in large portions and often contains loads of preservatives and sugar, South African food seems to be healthier and easier to finish. Many times when my family and I go out to eat here, I don’t finish all of my food because it is too much. South African portions are a good deal smaller, and therefore are easier to finish, and you don’t feel as though you are wasting.

South Africa can be a very unsafe country. It is not in anyone’s best interest to leave any personal belongings in the car 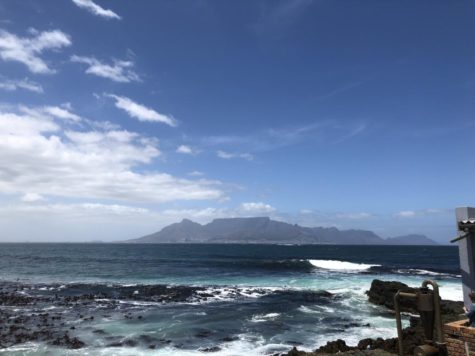 once you have parked it. Some people will not hesitate to break into your car and steal them if they are visible. If my family and I went anywhere, out to lunch or a tourist attraction, we took as little as possible with us so that we would not have to carry too much. Also, every single house has a full blown alarm system attached. Houses are equipped with electric fences and security guards in order to guarantee safety.

Parts of the country are also filled with a large amount of “squatter camps” which are basically slums. People there live in filth; houses built of thin sheets of metal and with porta potties that are already full. However, they all seem to have TV satellite for the country’s primary cable company: DSTV. Seeing them can ruin a first impression of the country, as many of them sit just off the freeway near airports. 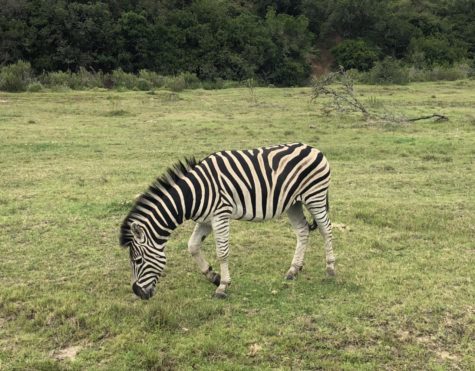 Owning a car is not easy for most. Cars are extremely expensive, and insurance costs can vary just depending on a car’s color. Driving is also extremely dangerous due to the fact that people often ignore traffic signals and do whatever they want. To add on top of this, gas is extremely expensive. We stopped to get gas for our rental car and the final price was just over 75 US dollars, whereas a car of ours here would cost around 50 US dollars to fill.

Lastly, raising children and supporting a family is extremely difficult. It is quite hard to earn a living that will help you enough to have a good life in the country and support your family. This is the reason that my parents emigrated, due to the fact that America is often known as the land of opportunity, and they knew that when they had children, they wanted to be able to give them the best lives possible.

South Africa, while an amazing country, is an impractical country to live in.