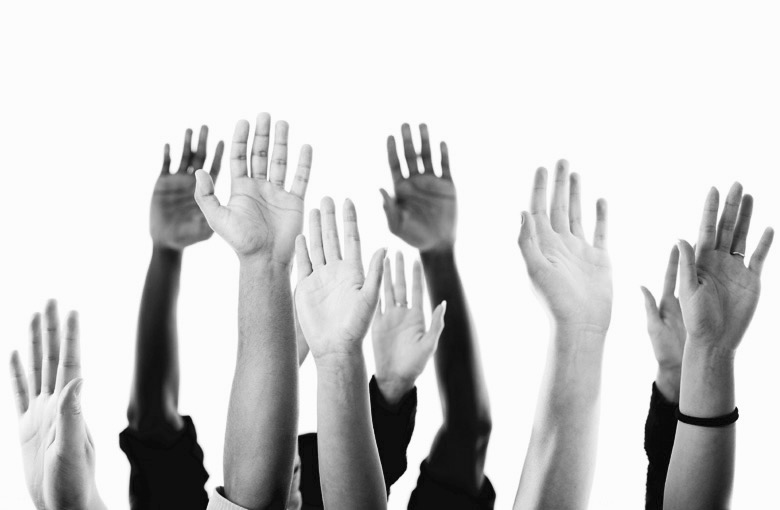 By, Gavin Kelleher-Marciello | Editor in Chief

Over generations, Americans have been a persistent force in the shifts and transformations of our nation. As a country bustling with diversity, we are a product of radical growth fueled by the determination for a better tomorrow.

From the moment the first colonist set foot on what would become America, we have defined ourselves as barrier breakers of the free world. The birth of America is often depicted as a conquest of nobility, though it would be naive to neglect acknowledgment that this also marked the beginning of racial injustice in America.

Racism and discrimination have become an unfortunate staple in American culture. The slaughter of Native Americans, slavery, lynching, Jim Crow— the list goes on and doesn’t end. Many of these vicious acts of racism seem like figments of the past, depicted briefly in history textbooks. The mentality of racism and superiority have been engraved in American culture. The way discrimination manifests in modern day society has become less obvious than segregation, yet remains equally as destructive.

With the hope to explore the presence of racism in our community, we were able to speak with seven San Clemente High School students about the complexity of racism through the lens of the 21st-century generation.

How would you define racism?

Sashi Doreus “Racism to me is something that has always impacted my life in a negative way. Being a mixed child of Haitian and Japanese blood, many do not see me for who I am. It’s something we have to live with, many people are still unaware of the issues, and choose to blindside them, acting like it doesn’t exist.”

Landon Forrest “I think that the term racism describes even the most basic forms of discrimination based on race, even subconsciously. It can vary from purposely hating someone to subconsciously leaving someone out of something because they’re ‘different’.”

Malia Kho “I would describe racism to be the act in which a person or people verbally and or  physicality express their ‘superiority’ over another race. This can be a direct harmful gesture or even a simple joke said around friends.”

How has your definition of racism evolved over time?

Malia Kho “Yes, I do believe racism has changed over the years, but not necessarily for the better. Although we have moved away from African-American enslavement, and America has become a more tolerable place over the years, hate crimes and white superiority is still expressed through individuals. Our country and president preach that we are a united nation and tolerable of others, yet we elected a president who built his campaign on building a wall to keep Mexicans out of America, justifying his actions with claims that ‘they are stealing American jobs’. Racism is all around us. Our headphones pump hateful words into our ears that make us feel that it’s okay to casually use words like ‘nigga’ and ‘queer’. Stereotypes turn into jokes that not everyone might think is funny, but I mean, it must be okay if everyone is laughing. Although it is 2018 and there are loud voices out there preaching to stop this hate, things like music and simple joke normalize racism for younger generations.”

Landon Forrest “I think racism has changed drastically throughout our nation’s history. If we look back throughout our history, at any given period there is always a minority group being discriminated upon based on race. Whether is be African-Americans and slavery, Irish-Americans, Chinese-Americans, Mexican-Americans, we as a society always find someone to blame our issues on.”

Chloe Schnell “I think that how we see racism in our country has changed, but that it hasn’t gone away. In many ways, racism used to be a lot easier to call out, from slavery to internment camps to segregation. Now, it can be harder to see— people may believe ignorant stereotypes or have a predisposition to favoring one race over another in any given situation. However, there are still those will the same bigoted beliefs as those held decades and decades ago.”

How does this affect individuals?

Sashi Doreus “My personal experience with racism is a dark part of my past. When I went to a school in Japan during elementary school, I wasn’t seen as Japanese or as a black peer. The fact that I was a mixed child made me seem lower than all the Japanese students at the school, ultimately causing me to feel depressed and even hating my own color for the majority of my life, wishing I was the same skin tone as my Japanese mother. Racism can be inflicted upon anyone, creating a sense of insecurity and mental trauma that haunts the victim.”

CJ Reese “I think racism really hurts people’s self image, makes them have low self esteem and maybe feel alone. I have no personal experience with it.”

Chloe Schnell “Racism can have many adverse effects, whether they be a psychological toll, an injustice, or even direct violence and mistreatment. Someone could be affected by stereotypes that could hurt their morale, but could be as extreme to lead to discrimination in the workplace. With more extreme expressions of racism, individuals may fear for their safety. Being white, I have never personally experienced racism  myself, however, I have seen countless examples of those in my everyday life. I’ve seen small comments that don’t ‘do’ anything but still perpetuate certain negative views of other races and make it seem like it’s okay to view your own race as superior.”

Gabby Valdez “For African Americans I feel it affects them because if they get into a situation with a cop they may be in fear of their life because of all the injustice that goes on with that, and same goes for Hispanics. As for me, I have not really had extreme experiences like others, other than ‘you’re too white to be Mexican’ and sayings along those lines.”

Malia Kho “We have all been part of this horrible indiscretion, even unintentionally. But racism is not something to take lightly. I believe is has a huge affect on someone’s self esteem and pride. Our race does not define us but is part of who we are. We should be proud of our blood and where is comes from. So when hateful words are said about a certain race, it can diminish our pride and strip us of our self esteem. I’ve personally never undergone extreme racism but I do know what it feels like for someone to joke about your race. I am half Asian, a quarter Chinese and a quarter Filipino. Some people would never guess that. I’ve heard endless stereotypical Asian jokes that people think are okay to make because I’m not full Asian— hell, I’ve even made some jokes. Even though I know it’s just a joke, it slowly strips me of my pride for my nationality. But it’s not just friends who make jokes but also family. My dad’s side, or Asian side, makes fun of me because I look different from the rest of them. Unlike my dad and sister, I’ve inherited fair skin and less of the Asian features. They all make jokes that I’m too white and I don’t belong or that I’m not “Filipino enough”, which sucks too. I know they love me and I know they are mostly kidding but sometimes it brings down my character.”

Sashi Doreus “Racism is a taboo subject that many in San Clemente attempt to blindside. As much as it sounds negative, the students who advocate for equality, are the same people who make racist comments about Asians, blacks, Mexicans, and so on. Unless we all become aware of the issues, nothing will change. Period.”

CJ Reese “Racism should be abolished. Time is the only way for it to be completely abolished, but I think we’re are heading in the right direction.”

Chloe Schnell “I believe that we as a society should stop allowing such explicit and implicit examples of racism to pass by so easily without criticism. When we make one instance okay, that sets the example that anything from there is okay as well. I think that we are too lenient and need to call this problem out whenever it occurs.”

Gabby Valdez “My overall stance against racism is that it should be completely ended in our country. However now that Trump is president I feel that it has only escalated due to the fact that he almost persuades it to happen. It is absolutely horrible that I feel our country is not only reversing our progress on racism, but almost making it more prominent in the U.S.”

Malia Kho “My overall stance on racism is that you should love and accept everyone. There is no such thing as a right or wrong race. Although it will always be present in our society, don’t let it bring down you or others. No one should have time or energy to hate, it’s too damn hard.”

Alex Mcalpin “I believe that my life matters just as much as the next person’s does. Every individual deserves an equal opportunity to succeed in whatever way they choose to. There is nothing which a specific person must think defines them if it does not, and likewise no one else should believe that the color of one’s skin or a stereotype marks a person’s identity or ability. I think racism is for the most part becoming less common, but when it is observed people should make it known that it is not acceptable. And when one limits oneself to only being around his or her same race, he or she is blinded from seeing the world’s beauty in full.”