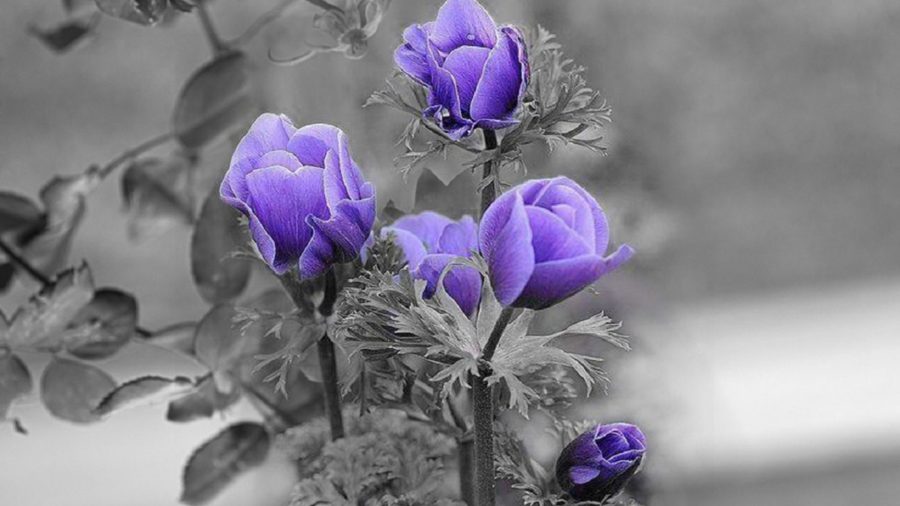 The clock struck four. The gray violets on her windowsill joylessly nodded downward. Her eyes were slaves to her Mind, catechized to remain open while the rest of the world’s were sealed shut. It was yet another night where her Mind was burdened with crates of emotion with nowhere to set them down.

She sat, staring at her barren white wall, wishing the slate of her head were that plain. While her room was warmly lit by a bedside lamp, Fear still found shadows to creep in as Anxiety caressed her cheek. They all whispered questions without answers and cold thoughts without ceasing, while she remained vulnerable and unable to harmonize them.

The Questions were set to blaze and “Truths” were planted in her head to grow wild. “Reality” landed on her bed and deemed the “Truths” valid and answered Questions with white it knew. Her Soul ached, but in its wounds and pain, staggered to fight Fear, Anxiety, and “Reality”.

She was better than this. Why was she believing what came from the shadows?

The light from her Soul nearly vanquished the three enemies, but alas her Mind has betrayed her. She was her own enemy all along and created an army for her own self-destruction. Her Soul crawled back to her while her Mind went to play with Fear, Anxiety, and “Reality”. She looked on and Silence came to wash her room. The only stains in the air which Silence could not clean were the shuddering breaths of the girl and the clock striking once more.