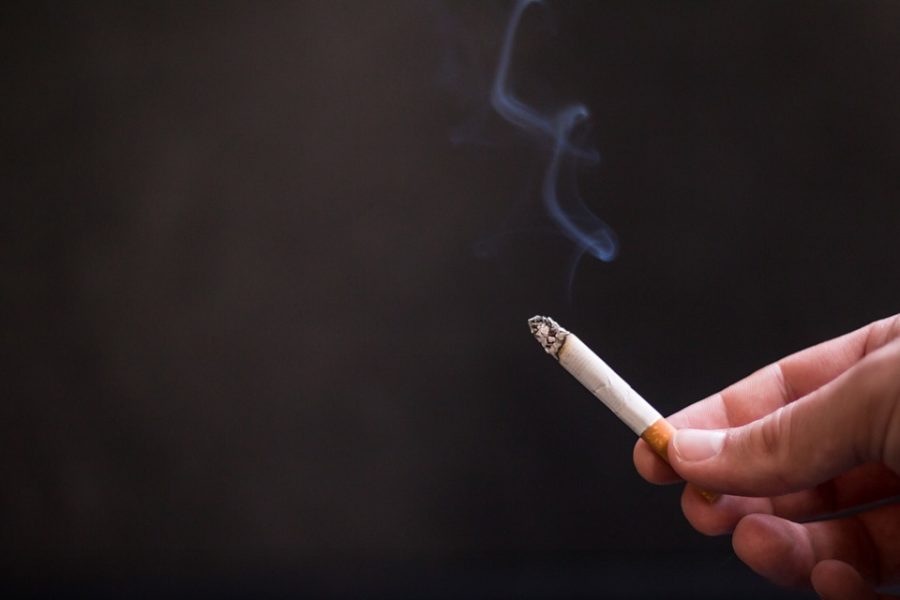 Cigarettes produce significant harm to public health and the environment, there’s no question about it. Nearly 500,000 people die from cigarette smoking related deaths annually in the United States alone (41,000 of those resulting from secondhand smoke exposure). Cardiovascular disease, respiratory disease, and cancer are just a few of the health impacts of smoking cigarettes. Even more disheartening are the long lasting impacts that the toxic cigs have on our fragile ecosystems.

San Clemente High School senior, Cade Mills, recounts his experiences on Coastal Cleanup Day 2016, ¨Our trash bags were filled with cigarette butts by the end of the day.¨ Year after year, cigarettes rank as the top pollutant found on coastlines internationally. Cigarettes are made out of a plastic called cellulose acetate that does not biodegrade. Currently, there are over 4.5 trillion cigarettes littering our world, each leaching toxic chemicals such as nicotine, lead, and arsenic into the ground.

In recent years, alternative smoking devices have become much more abundant, but not necessarily healthier. Many smokers have testified that e-cigarettes have helped them grow out of their cigarette addictions. Unfortunately, current evidence is showing that e-cigs are not the most comprehensive way to live a smoke-free life. Contrary to popular belief, the FDA has yet to approve e-cigarettes as official “quit smoking” devices. In addition to that, studies show that using e-cigarettes during the process of quitting inhibits people from becoming un-addicted to cigarettes. Connor Mateer, a senior at SCHS explains, ¨E-cigarettes are far less stigmatized than cigarettes yet are just as bad, if not worse for public health¨ Lastly, e-cigarettes also contain harmful carcinogens and chemicals such as toluene, n-nitrosonornicotine, nickel, lead, isoprene, formaldehyde, cadmium, benzene, and acetaldehyde. Many of these chemicals are known Group 1 carcinogens, that can cause a wide array of cancers and negative health effects.

The approach we must take to end cigarette and e-cigarette smoking should not be similar to those of Nixon, Reagan, and Clinton during the “War on Drugs;” an era that brought about an explosion in militarized forms of policing, SWAT teams, asset forfeiture abuse, racial profiling and racist enforcement patterns, expanded powers to search people’s persons and automobiles without warrants, the criminalization of young people of color, police corruption, and the development of a warrior mindset among police.

Unfortunately, police and political leaders are beginning to embrace a politics of quasi-prohibition that will likely never effectively stamp out cigarette or e-cigarette usage, but instead create a cycle of incarceration and criminalization – one that will provide no true aid to the millions of nicotine addicted victims of Big Tobacco.

Instead, we must rely upon preventative programs and de-addiction resources to solve the world’s smoking problems. Resources such as these help smokers begin their path to to a smoke-free life, set goals to end smoking, and stay smoke-free after they stop. Though no smoke-free plan is perfect for every individual, they are all better than an outright ban on cigarettes.

Public bans on cigarette and e-cigarette smoking may in fact decrease smoking rates in cities, but they will also create adverse effects on low-income citizens and those who are chronically homeless. Under a public smoking ban, punitive measures would disproportionately impact low income individuals, who would likely struggle to pay off fines – and the chronically homeless, who are inherently more visible to roving police officers. The cyclical nature of diverting public funds and resources to the enforcement of a smoking ban, and arresting & imprisoning offenders of said ban, far outweigh the costs of making smoking-prevention programs and de-addiction resources more accessible to the entire population.

Recently, Laguna Beach and Dana Point have become the first two cities to implement city-wide smoking bans. In San Clemente citizens have kick started discussion for our city to follow in suit. San Clemente already has a number of laws in place that ban smoking in specific public locations, one of them being the notoriously ineffective beach smoking ban. Hopefully, the City of San Clemente will take the initiative to be the first to say “no” to the new smoking-ban proposal, and instead choose to implement constructive preventative and de-addiction resources for its citizens.