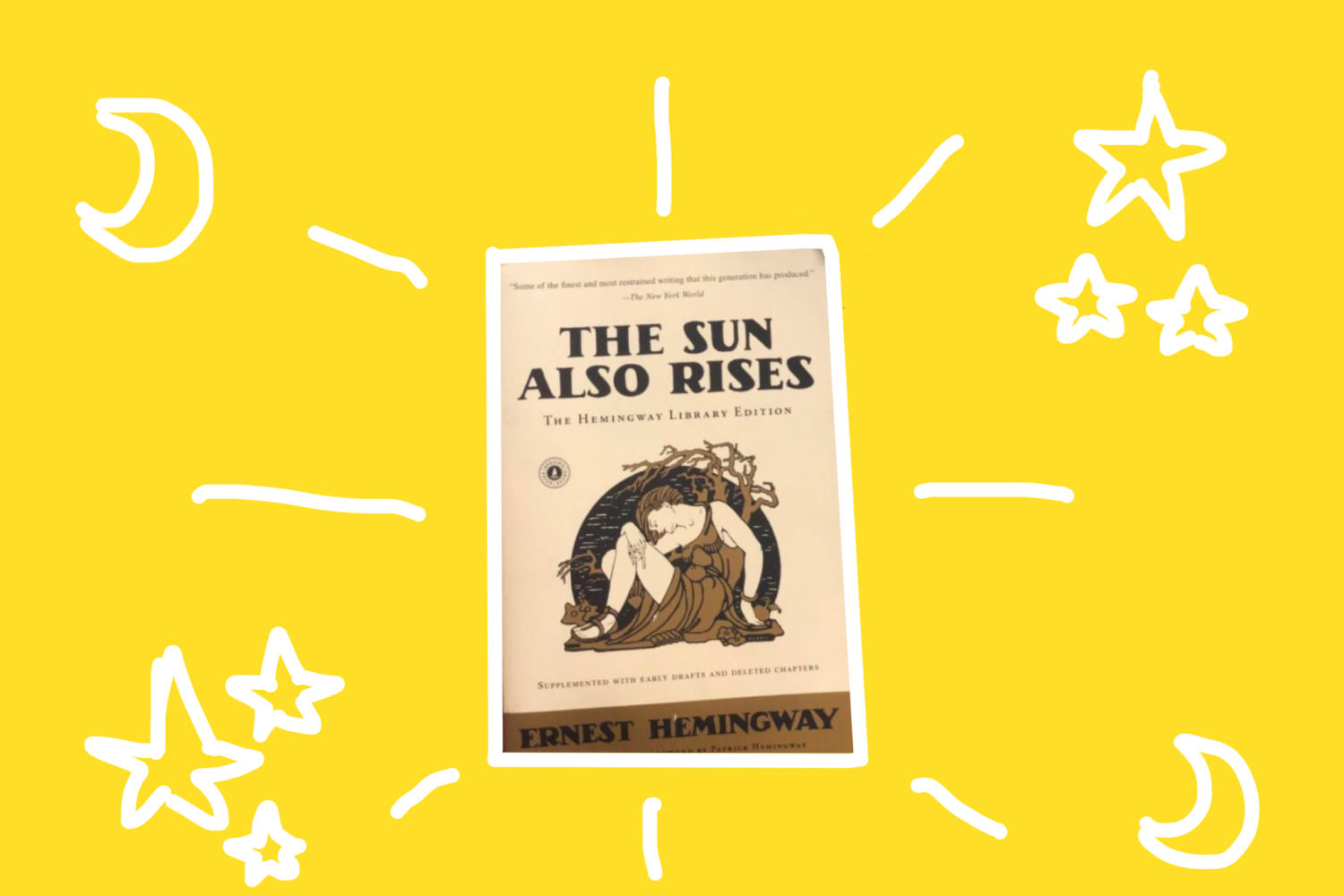 If there’s anything English class has taught students, it’s that some novels are simply just classics. Whether it be The Catcher in the Rye or To Kill A Mockingbird, some novels are too good to not be shared—and one of those is The Sun Also Rises.

Although not usually taught in many English classes anymore, The Sun Also Rises is a classic novel by Ernest Hemingway that follows the protagonist, Jake Barnes, as he and a group of his so-called “friends,” including Lady Brett Ashley, with whom Jake is in love with, spend time together in Paris before traveling to Spain to see the running of the bulls. Throughout the novel, they all carelessly drink, dance, and party, and Lady Brett continuously refuses to be with Jake, yet is promiscuous with many others. The novel ends with Jake and Lady Brett reflecting on the relationship they could’ve had.

This is one of Hemingway’s most influential novels, and when asked why it has continuously resonated with readers, San Clemente High School senior, Theresa De Gree, says that, in relation to the Lost Generation, we as a society, “have never progressed from that point,” especially in the sense that many people “are doing things for the moment but not really thinking of the consequences and not really doing what’s right.”

Obviously a reader is more prone to remember and enjoy the story if they can empathize with it, and that’s exactly what happens while reading this novel. The Lost Generation was the generation that came after the first World War, and it’s used to describe the people living during this time period, aimlessly wandering around and seemingly having no purpose. There’s validity in the claim that society has not progressed since then, with many celebrities, most recently Mac Miller, turning to escapes, such as drugs, and failing to realize the consequences of their actions, ultimately leading to their downfall.

On the topic of escapes, another popular one that seems to work for people is none other than sex, demonstrated in the novel by Lady Brett, who is consistently promiscuous and flirtatious with any available suitor. But can sex exist with intimacy, or are they two completely separate things? When asked about this, De Gree suggested that the novel displays that, “if you have sex, it’s not intimate at all unless you have a relationship together. And if people hook up, they’re not being intimate; they’re just doing it for feeling, and it’s not giving them a sense of togetherness.”

Perhaps this is why Lady Brett was never truly happy; although she was flamboyant and wanted by many, there was never a deeper connection within the relationships she had, thus not giving her a sense of importance and overall making her miserable, a recurring display that is prevalent all throughout the novel and explicitly shown at the end, when she and Jake reflect on what they could have been.

So is this novel a tragedy, or is it simply just a cautionary tale telling the readers to not fall in love with someone who is so inept and intent on being miserable? Is there a difference? When prompted, De Gree was quick to say, “It is a tragedy. They’re both super sad, and they never really realize the meaning of life, which was what the novel was all about.”

Some may argue that there’s hope hidden in between the lines of the final scene of the novel, but I would have to disagree, and De Gree thinks so too; when prompted to see if there was any hope for Jake and Brett, she said there was none, and that they, “wouldn’t get together because the ‘Isn’t it pretty to think so?’ at the end is saying ‘we could’ve if we would’ve at that moment in time, but it’s too late now.'”

The Sun Also Rises is, in simplest terms, a tale of love and loss between two people who would never be able to be together. Harrowing, yes, but it’s quite a lovely read that will leave you feeling sophisticated and enlightened.

So if you ever feel like Lady Brett—on the cusp of bubbling over into despair—just remember that the universe is a continuity. The moon will keep illuminating, the stars will keep shining, and the sun will keep rising.

Next time you happen to be outside at nighttime, look up to the stars, pick out the shiniest one, and claim it as your own. Is it shining just for you? Is it twinkling just for you?

Of course not, that’s something that science can easily explain, but isn’t it pretty to think so?