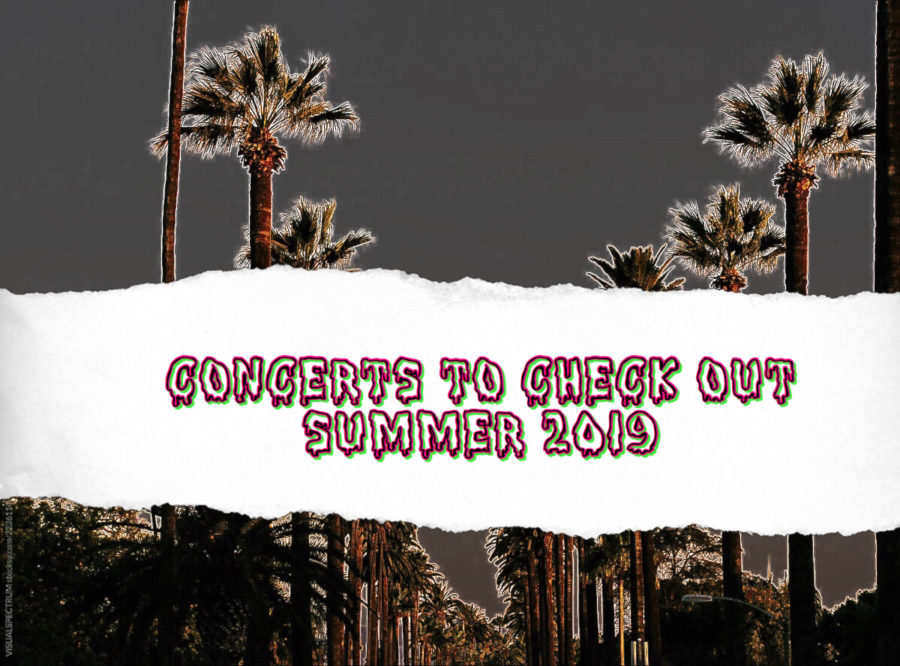 It’s mid-May, which means that the 2018-2019 school year is finally nearing its end. Of course there’s still the stress of AP/IB tests and finals, but still, summer 2019 is quickly approaching, and people are already planning their vacations and whereabouts.

But what’s summer without some music?

Whether it be playing some music from tinny phone speakers and relaxing on the beach or blaring songs at full volume in the car, music is one of the most essential tools to make a summer as memorable and as fun as possible.

And what’s better than listening to music?

Experiencing the music, of course. And so here are some concerts to check out this summer.

Khalid is a 21-year-old R&B artist who quickly gained popularity in 2016 with his hit single “Location.” Since then, he has produced two studio albums and other hit singles, most notably including “Young, Dumb & Broke,” “Lovely,” and “Talk.” With his rich and hypnotizing voice, it’s easy to see why his songs receive the attention they do (and it’s well-deserved, too).

Khalid is performing live at these nearby locations this summer:

Meek Mill is a 32-year-old rapper who became widely known because of his debut album, Dreams and Nightmares, released in 2012, which featured the singles “Amen,” featuring Drake, and “Burn,” featuring Big Sean. Since then, he has released other successful hits, including “All Eyes on You” and “Going Bad.”

Meek Mill is performing live at these nearby locations this summer:

The Real Street Experience in Anaheim, CA on August 10, 2019

Shawn Mendes is a 20-year-old pop artist that broke through the industry with his debut single “Life of the Party” in 2014. Since then, he has released three studio albums and multiple smash hits, including “Stitches,” “Treat You Better,” and “There’s Nothing Holdin’ Me Back.”

Shawn Mendes is performing live at these nearby locations this summer:

Billie Eilish – When We All Fall Asleep Tour

Billie Eilish is a 17-year-old pop artist who gained immense popularity after releasing her song “Ocean Eyes” on SoundCloud in 2016. Since then, she has become wildly popular and has recently put out her debut studio album, When We All Fall Asleep, Where Do We Go?. Some of her hits include “Bury a Friend,” “When the Party’s Over,” and “Bad Guy.”

Billie Eilish is performing live at these nearby locations this summer:

LANY is an indie pop band most known for their single “ILYSB,” released in 2015. They have released four EP’s and two studio albums, most recently Malibu Nights in 2018. Their indie/synth pop sound guarantees a good, albeit somewhat nostalgic, time.

LANY is playing live at these nearby locations this summer:

There are just some concert ideas. Of course there are other artists playing, but these are just some of the more well-known ones; artists that your friends wouldn’t mind going with you to see.