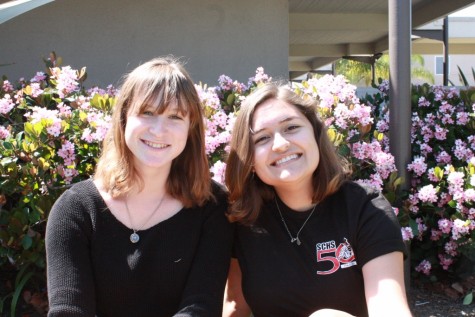 We live in a world in which society controls us. Although it seems like an external entity, only a few realize that society is made up of everyone in our world. There is not a person who does not contribute to the structure and function of society. It is because of this lack of awareness that there are social issues that we continually struggle to fight, decade after decade. One such issue is stereotypes and gender roles. While it makes sense on an evolutionary and primal standpoint, with today’s privileges, it is pertinent to try to resolve the inequality that harbors in our society. This is the Confidence Campaign’s major objective. They are on a mission to help change the way the world, and San Clemente in particular, view women, as well as men.

Club President and Senior Katheryn Rodriguez says, “Feminism is not a one way street that only fights for the rights of women. The very definition of feminism is equality of the sexes, not just women. Traditionally it is women who have led the fight for equality because men typically never saw fundamental inequality.” The word “feminism” has developed such a bad connotation that it often times sends women running because they’re afraid of man hating, bra-burning, and/or being called psychopathic. The Confidence Campaign is doing its best to completely change the way people in our community think about feminism. Because we live with such rigid definitions of masculinity and femininity, boys and men are left (for lack of a better phrase) emotionally constipated. If they express deeper emotions besides anger and aggression they are considered weak and, too often, girly. Expressing fear, sadness, and even sometimes compassion can lead to men feeling ashamed. “We live in a society that has caused boys and men to be so insecure in their masculinity that they have to constantly prove how much of a “man” they are, most of the time in harmful and violent ways.”

It is on this basis that the Confidence Campaign came about. Rodriguez was inspired by a movie called Misrepresentation that ignited her passion to fight the injustices placed on our youth by society. Her goal is to bring out a difference in people so that they may see not only their own life and community in a different light, but also the world. 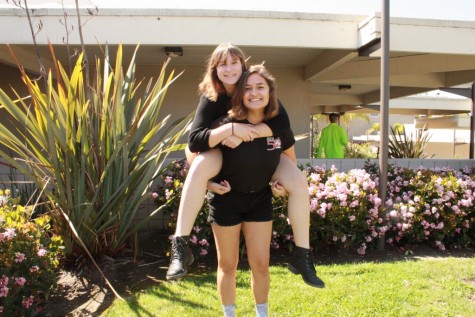 Co-President and Junior Alyx Wells joined not only because she shared Rodriguez’s passion for feminism, but also because she is very much against prejudice, sexism, and stereotypes. Wells hopes to help aid Rodriguez in her endeavor to change the minds of SCHS students. With the upcoming graduation of this years seniors, Rodriguez hopes that Wells and the other members will carry on the torch so that the club will be able to continue in its tasks and grow and help change students’ often times negative outlooks on gender roles and stereotypes.

Both leaders of the club agree that their ultimate objective is to bring out a more positive atmosphere on campus and in the community and in each individual’s life. They share the same struggles as their fellow high school students with pressure from parents, teachers, and coaches and believe that societal pressures should not be a contributing factor in the hardships of teens. The Confidence Campaign attempts to accomplish their goals through multiple facets. On their instagram page they post positive, encouraging, and motivational pictures and quotes. With this social media they hope and they aim to gain followers who need an extra boost and then send them a positive statement or phrase to help them through tough times. Another medium that students can see around campus are posters on walls and in bathroom stalls that promote positive thinking and optimistic outlooks regarding situations that may seem daunting and/or difficult to deal with. Also, on random occasions and just before club rush, the Confidence Campaign members hand out compliment cards with kind words to not only promote their club, but also to make students’ days a little brighter. In club meetings, members discuss important advancements on societal views, events that plant controversy and sexist or otherwise prejudice seeds in the minds of the population, and different ways that they can change how they view themselves and the world around them.

It’s easy to be struck down by the overwhelming events of life, but there are people at San Clemente High School who aspire to change these negative ways of thinking. The Confidence Campaign explores avenues of reform for both men and women.