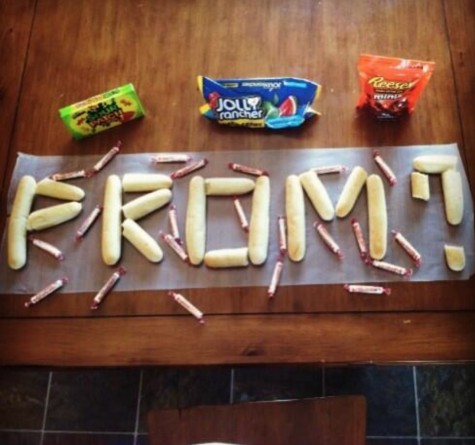 The majority of the time, asking that special someone to prom is just a terrible situation that you sweat about for weeks and then immediately relax after it’s all over. Throughout our school this spring, there have been many unique ways in which students have asked those to go to prom with them. Through comparing all of the ways in which people had asked we narrowed down our schools top five:

5. Car Decorating – Perhaps regarded as one of the most generic ways in which to proceed in asking, but it is a method in which a sizable faction of students have used at this school. This method has many cons attached to it such as that decorating a car takes time and it would be easy for him or her to catch you in the act which would foil your plan entirely, Lastly no one enjoys cleaning their car, which they will be required to do at some point now that their car has been repurposed.

4. Signs – Making signs is a unique way in asking quite frankly because you are enabling yourself to express your artistic side, and possibly communicate bottled up feelings that you simply can’t put into words.

3. Baked Goods – This option is self explanatory, who could refuse food, hypothetically if the individual whom you may be asking does refuse to go to prom with you after you made or bought them baked goods, maybe thats a person you don’t want to be going with just saying.

2. Songs – Little known fact a suprising number of students at SCHS have used songs in order to pop the question. Side note is that there has not been one instance of rejection from using this method.

1. Skywriting – Perhaps the option regarded as out of the box that no one has yet been brazen enough to attempt it, Whereas the other recommended “prom-prosals” may be effective in securing a yes. This method would do justice in securing a yes and a story that will likely be told for a lifetime to come.