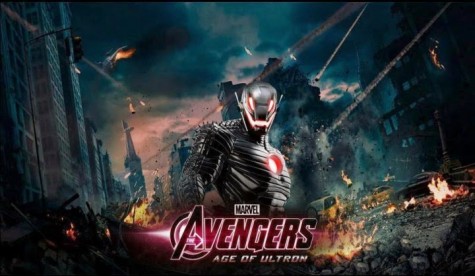 Director Joss Whedon stuns audiences with his film, The Avengers: Age of Ultron, the sequel to The Avengers, which incorporates everything from action to emotion to disaster.

In the first movie, The Avengers, released in 2012, all six heroes (Hulk, Captain America, Iron Man, Black Widow, Hawk Eye, and Thor) took the challenge to fight an alien-like enemy named “Loki.” This first movie was filled with mostly action and lacked any other component, leaving you unmoved emotionally by the end of it.

The sequel, however, pulls more at your heartstrings when a main character dies and leaves you feeling conflicted. This problem throughout the movie is much more realistic than aliens. Tony Stark and Bruce Banner team up to create artificial intelligence, or in other words a robot. When this experiment goes terribly wrong, the Avengers get together to save the world once again.

The film introduces new characters as well as includes some heroes from different movies. One of the new characters has the power to get into other peoples’ minds. This offers a personal connection to the Avengers, because the insight into their minds opens up all of the heroes’ individual fears and some flashbacks from their past. “Whedon” includes a love story you’ll never expect and root for ’til the end.

The special effects and cinematography appeared very authentic and well done throughout most of the film. While the beginning scene looked a little animated, almost every scene after looked realistic. The film ends with many questions unanswered which can only mean that a third Avengers is on the way!