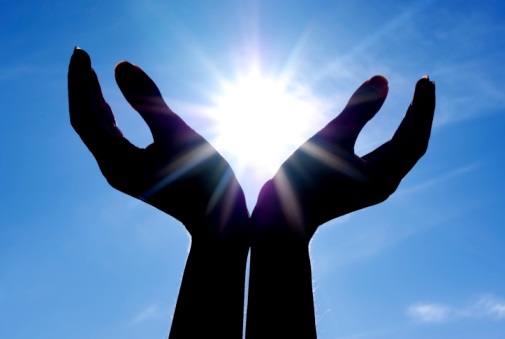 In an often overwhelming world, humanity relies on purpose to anchor itself to life. Faith, whatever a person may make of it, is what fills the human that is always desperate to rationalize and understand. It provides a purpose the sheer act of living often fails to provide.

As sophomore Chandler Horton reaffirms, “It gives people hope and gives you someone to count on when there’s no one else.”

However, faith encompasses all the messy and wise and foolish and ugly and beautiful things we adopt as our own as we attempt to justify and comprehend humanity and the life that encloses and liberates it. Like so many things in this confounding world, faith is impossible to define because it is born out of something that is impossible to fully understand: human nature and, depending on one’s belief, the soul.  While faith can be virtually anything, it often is thought of as religion or lack of thereof and a consideration of the eternally unknown.

Religion is nothing new to a species that has for centuries given itself rules to live by and purpose to live for. It provides an alluring brand of comfort and structure that helps constrain a mind that can be unsettling in its unwieldiness and tendency to question and doubt. Ancient religions that have yet eluded historians have laid the groundwork for the religious institutions that still dominate and feed religious thought to this day, such as Christianity, Judaism, Islam, Hinduism, Buddhism, etc. Some are rigid while others are relaxed, but all provide some reassurance and an answer to the debilitating human question: do we matter? Who are we? What exists beyond our microscopic realities?

Adherence to the alternating comfort and rigor of religion has ebbed and flowed over the ages  as other philosophies have intrigued the human mind and provided another answer and paradoxical escape from reality. Particularly in this day and age  of high-charged progression and collective zeal to solve the next social problem or give birth to the next genius theory, religious institutions have become complemented by an entirely new way of perceiving the unknown: spirituality.

Spirituality is a phrase often misunderstood by a world fearful of ambiguity. It is something that is molded to meet the needs of each unique individual and does not rely on any fundamental truths other than the capability of the human being to formulate his or her own understanding of themselves and the world beyond them. Horton, who identifies with spirituality, defines it in the context of its common (and thus potentially most accurate) definition- in that “it is a more individual and personal form of religion that allows you to become closer to your God(s) on your own terms”, whereas Ariana Winsten (10) regards it as it as a “personal transformation”, revealing the attractive intimacy of religion’s most popular alternative.

Spirituality is a modern answer to the growing disenchantment with the dogma of organized religion, which is perceived by growing numbers as restrictive and archaic. It allows one to form their own beliefs on the divine without succumbing to an array of rituals or commandments. Young people have been intrigued by the notion, reflecting the budding individualism and anti-society sentiment of the times.

Nevertheless, people who voluntarily remain unaffiliated with a distinct practice are still a considerable minority to those who belong to a religion, which remains an important pillar of American culture. Coupled with heightened individualist and reformist thought, religion still provides many with ethical guidelines that followers feel bring tranquility into their lives and provide a certain uniformity to an otherwise diversified society.

Religion has also began to reform to accompany the growing masses of independent worshipers, with some religious denominations focusing more on spreading their religion’s fundamental truths than enforcing minor rule and rituals. Spirituality’s encouragement of people to independently question, discover, and formulate new thought, combined with the reliability and strength of institutional religion, is providing a new generation with a more fluid evolution of faith that is better able to mirror the changing conditions of the modern world. It reflects the new age of liberalism and race for progress that seamlessly complements the social reality of today’s young adults and their desires for themselves and the world.

Regardless of whether one upholds the practices of a traditional religions, travels the relatively unbeaten yet increasingly popular path of spirituality, or identifies as an atheist, having faith in something, whatever that perceived truth may be, dominates not only today but tomorrow. The new generation values the comfort and stability of certainty  in a confusing world. Religion and spirituality work hand in hand to provide everyone this basic human solace and foreshadow an increasingly independent and malleable religious reality in the near future.