None really know nor have ever really known the story of John Willboe; simply because his story is never told. However, most always wish to know an ending before a beginning, so here you go: the end of John Willboe.The open vast desert lay before him and the sun’s rays danced in the distance upon the lifeless dirt. With his mouth dry, his lips parched and sun burnt, his skin was wet with his own perspiration. He carried two items of his own possession: a lump sack over one shoulder and a rifle slung around the next. His clothes were tattered and torn; stained and blood worn as one might imagine. His bones shone and his mind starting to fade, one thing was known, old John Willboe was soon going home.

A clear undefiled tear rolled down old John Willboe’s dirty dirt-stained cheek as old memories flooded his dry, depressed mind. Another tear ran away as he looked into his son’s eyes, those beautiful innocent eyes. He prayed to that omniscient being humans call God and begged that children didn’t understand death. His gut told him that they did though. That his son understood death and understood it very well.

Another tear fell to the dirt they both sat on now.

Old John Willboe’s boy did not cry however, he simply looked at his father’s weathered face. He loved his father and that was the simple truth. He did not complain that he had not eaten in six days because he knew his father had not eaten in seven. No, old John Willboe’s boy was a man in the way that many men are not. He did not complain and he accepted his lot in life, content with knowing he had a life at all. For you see, old John Willboe had but one shot left in his gun that was just as old as he, and he had not seen anything he could kill to eat. He only blamed himself for trying to move his family out west, a decision that had cost him dearly.

On the brink of death, old John Willboe knew what he must do, he must save his boy the last shred of misery. A bullet is quicker than the sun, John knew this to be. It was clear and true that their lives would not carry on through, so old John Willboe made a decision that perhaps no one could do. With flowing tears and shaking hands, old John Willboe raised his gun and told his boy to close his eyes and count to three. When the count reached three old John Willboe shot his son.

This story is never told indeed, but this is the story of old John Willboe and his heroic deed. 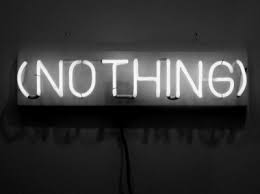