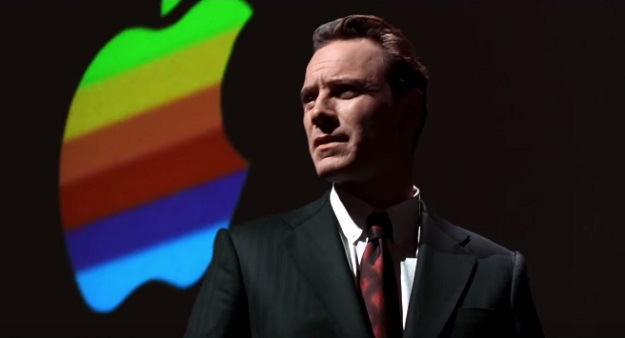 Since the death of  illustrious Apple CEO Steve Jobs, three movies have attempted to portray his complicated life.  Two of the three films, “Jobs” and “iSteve,” were not successful in . However, Danny Boyle just might have gotten it right with “Steve Jobs” with the titular role played by Michael Fassbender. The latest biopic took a different approach by focusing on Jobs’s relationships with his family and coworkers. The movie incorporates a unique time frame that only focus the hours leading up to his three separate product launches of the Macintosh, the NeXT, and the iMac.

The movie begins with the anticipation of the release of Apple’s latest, “Macintosh.” The theater is engrossed in enthusiasm and suspense while watching the crew prepare frantically to release the revolutionary computer that will change the way we look at technology forever.  Despite its strong start, the movie proceeded to be redundant in repeating  stressful events that occurred prior to the release of Steve’s newest invention.

The movie critics deemed the movie a hit, but according to senior Andrew Haugen, “The movie skipped over the lavish life that Jobs had outside of work,” while it instead repetitively showcased Jobs and his family fighting. Overall, the movie hit critical points of Steve Job’s life. However, they were not quite interesting enough to entertain the younger generation.

Cara Kitts agreed that “The movie was pretty boring…there’s no way I would pay to watch this ever again.”

While it might not have been amazing, the movie was nowhere nearing groundbreaking for future moviegoers, unless you’re going to watch with your grandma, don’t expect this movie to be much better than any of the other Steve Job movies.